Want to learn good corporate governance? There’s a diploma for that 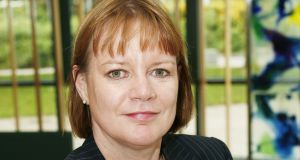 Prof Niamh Brennan of the UCD Centre for Corporate Governance: ‘Corporations are becoming more and more powerful. Their behaviour affects so many people’s lives, it is vital that they don’t abuse their power’

Corporate governance has emerged from being one of those concepts of which people are vaguely aware to becoming headline news in the course of the past decade or so. From the behaviour of the world’s leading banks in the lead-up to the global financial crisis to the scandals which beset the charity sector here in Ireland in recent years, right through to current events in the Football Association of Ireland (FAI), the connecting thread is corporate governance.

“Having good standards of corporate governance in place won’t necessarily prevent wrongdoing,” says Prof Niamh Brennan, founder and academic director of the UCD Centre for Corporate Governance. “But people shouldn’t be surprised when bad things happen if they are not in place.”

Set up in 2004, the centre offers a range of courses to individuals and companies, including the UCD Diploma in Corporate Governance, which imparts the technical competence necessary to carry out the varied tasks required of senior executives in governance positions and current and prospective company directors. This programme offers an in-depth knowledge of corporate governance and a sound knowledge and understanding of the legal and regulatory framework relevant to directors and board members.

The centre and the diploma programme came about as a result of Prof Brennan’s own experience. “I had obtained a number of non-executive directorships at an embarrassingly young age,” she recalls. “You could say to yourself, what do I really know about this? But that didn’t stop me from taking the positions. Roll on the years and I thought there must be other people like me in the same position. That’s what gave me the idea of establishing a centre to offer training to non-executive directors. We started by offering short morning courses to businesspeople, then customised courses for companies, and after that I set up the diploma programme.”

“We were the first in Ireland to offer training to company directors,” Brennan adds. “In the first year we had 25 people on the diploma programme. That showed there was a great appetite for it. We kept going during the recession and demand is now stronger than ever, with more than 35 students on the programme each year.”

The research dimension is also important. “We have a number of PhD students and doctoral researchers in the centre, and having access to the businesspeople on the courses and diploma programme is a great opportunity for them.”

The numbers are just part of the story. “What makes it work extremely well is the mix of students in class,” Brennan explains. “The difference in executive education and other types is peer-to-peer learning. Students learn from each other as well as from the lecturers and course materials. Our objective is to have the greatest mix of people possible on the programme. We have had a paediatric cardiologist on the programme and last year we had an ambassador. You’d be astonished at the variety. The mix is the magic.”

In line with other university courses, the programme is divided into two semesters of 12 weeks each: from September to December and February to May. “The programme covers all of the key components of corporate governance including the laws and regulations influencing it. We also do a lot of behavioural stuff – a lot of what goes on around a boardroom table is about human behaviour and psychology. We also cover board functions and committees such as audit, nominations and remuneration.” There is also a course on strategy and performance.

The importance of corporate governance goes beyond business, she contends. “So much is done through corporations nowadays and they are becoming more and more powerful. Their behaviour affects so many people’s lives, it is vital that they don’t abuse their power.”

In many cases the problems arise as a result of too much power being placed in the hands of a single individual. “I wrote a paper, Executive Hubris: The Case of a Bank CEO, about how careful you have to be when appointing a CEO,” she says. “The paper dealt with a bank which appointed a CEO who almost singlehandedly crashed the bank. We see this playing out now in politics with the behaviour of the president of the United States and another strange character looking likely to become prime minister of the United Kingdom. ”

And the powerful individual needn’t be directly involved in the wrongdoing. “You can have a person who reacts so badly to bad news that it becomes easier to tell them lies and doctor the books. Good corporate governance processes may not stop this from happening, but they will help in appointing the right people in first place.”

Applications are now open for the course, which starts in September.