How to get public value from health innovation 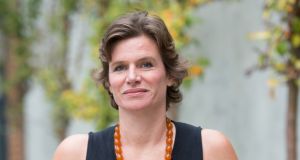 A shift from market-led systems to a more mission-led approach is required if public value is to be delivered from the health innovation. This is the theme to be addressed by Prof Mariana Mazzucato in the annual Laurence Crowley Lecture at the UCD Smurfit School on Monday, November 11th.

Mazzucato is professor of innovation and public value at University College London, director of the Institute for Innovation and Public Purpose, and author of The Value of Everything: making and taking in the global economy.

Missions-oriented investment goes to the very core of what public spending is all about, she explains. “It’s how you do the evaluation of what public value you are getting in return. This is a philosophical question which goes back to Aristotle.”

The missions-oriented approach she advocates is akin to the famed Longitude Prize which awarded a prize to the first person to solve the problem of calculating longitude at sea in the 17th century. Or, much more recently and topically, the Apollo moon landing programme which involved multiple state and private sector actors collaborating to achieve a shared mission.

That would mean setting goals or missions on which the private and public sectors could collaborate instead of relying on supply side innovation to deliver solutions to problems that may or may not be public priorities. She points to ageing as a possible mission.

“What would it look like for people with Alzheimer’s disease to be completely independent in their own homes?” she asks. “This would require a combination of sensors and AI and other innovations. This would be demand side innovation. But how can you structure the system to ensure that it is creating public value like that? Health systems are crumbling, and the billions being spent on them are not helping.”

She believes we could do worse than take a leaf out of the military playbook. “If they are looking for a new technology that will help them win the war, they make sure the innovation is linked to winning the war. Look at the innovation of self-driving cars. It was a military objective. They didn’t want military personnel getting killed so they developed self-driving vehicles. GPS came from a missile-targeting system.”

That same focus is required for the health-innovation system. The reward system also has to be looked at. “We need to look at how profits are earned and distributed,” she says. “And we need to explore different ownership models. It’s fine for companies to spend profits on share buy-backs but only if those profits haven’t come from social spending. We have to focus on public value, not just private profits. We need to take a mission-oriented approach which doesn’t just put a lot of money into the health innovation system without first identifying targets.”

Creating such a system would begin with mission-oriented funding which encouraged bottom up experimentation to solve specific societal goals. The nature of the funding would also be important.

“Look at the Longitude Prize,” she says. “The prize could be the reward for the innovation. It needn’t be the price of the drug. At the moment, prices often don’t take into account the public contribution to the innovation and this has to change.”

What happens to profits made on publicly-funded research also has to change and she believes a proportion should be set aside for reinvestment in research, development and innovation.

She is particularly scathing on the subject of patents. “They are far too wide. It’s absurd that governments are giving companies a 20-year monopoly on products which they have helped to fund.”

This will ultimately require consideration of new ownership and corporate governance models, she contends. “We have to look beyond shareholder value.”

One model she believes could work is the Advanced Research Projects Agency (ARPA) of the United States’ department of defense which helped create the internet. “We need an Arpa-H for healthcare,” she says.

“It’s not about state ownership – it’s about creating symbiotic, mutualistic public-private partnerships. The real issue is how to make the public and private sectors work together in ways that are less parasitic. The current pricing and reimbursement system is a bit of a scam. We need to rethink shareholder value. We need to rethink the relationship between the health-innovation system and the state.

“We need to rethink capitalism and health is a great area to start. We have to stop worrying about old questions of ownership and build new relationships.”