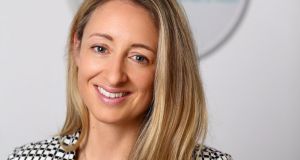 ‘One project is looking at detecting greenwashing by using AI,’ notes Dr Ruth Freeman. ‘The aim is to develop technology which can analyse sustainability claims and verify them.’

Foetal health, maternal wellbeing, zero-electricity cooling technology and AI-powered home-appliance recycling. These are just a few of the research projects being undertaken by teams competing for the Science Foundation Ireland (SFI) Future Innovators Prize. The prize offers €2 million each in funding to teams that win competitions in the categories of AI for societal good and zero emissions.

The SFI Future Innovator Prize is part of an approach to cultivate challenge-based funding in Ireland. Challenge-based funding is a solution-based approach to funding research that uses prizes and other incentives to direct innovation activities at specific problems. The concept has been around for thousands of years and was famously used in the 17th century to find a means of accurately calculating longitude at sea.

SFI has taken a slightly different approach. Rather than set a specific challenge to meet, the organisation called for proposals from research teams who would define their own challenge within an overall thematic area.

“Towards the end of last year, we decided to look at thematic challenge areas and selected zero emissions and AI for societal good,” Freeman says. “They are still quite broad areas. We are still in experimental mode with challenge funding in this country. We put them out to researchers around the country and asked them to identify challenges within those areas where they believed they could help. We got lots of suggestions and whittled them down to 24: 11 for AI for societal good and 13 for zero emissions.”

This open approach has resulted in some interesting outcomes already. “It changes the way people regard their work,” Freeman notes. “Under the AI theme we had people applying from areas like healthcare and agriculture. They were saying that they are not AI specialists but know the technology has the potential to solve problems they have. They went ahead and formed teams that included AI specialists.”

This has resulted in foetal health, pregnancy and maternal wellbeing emerging as a strong theme. “We have three teams looking at wellness for mothers and babies during pregnancy and after birth,” says Freeman.

In the zero-emissions challenge, one of the teams is looking at cooling technology that doesn’t require a power connection

The zero-emissions challenge has seen similar cross-sectoral efforts. “One project is looking at how decision support software could be helpful in journey planning,” she explains. “The software which would normally be used for other things could also support lower carbon decisions. That is something that had never been thought of before.”

That sort of creative thinking has been very much in evidence in all of the projects. “One project is looking at detecting greenwashing by using AI,” she notes. “The aim is to develop technology which can analyse sustainability claims and verify them. In the zero-emissions challenge, one of the teams is looking at cooling technology that doesn’t require a power connection. This could be very important for countries with less access to energy or power infrastructure and could have an amazing impact on quality of life by allowing people keep food fresh for longer, and so on, cool hospital wards, and so on. It uses solar heating on one side of a material to create cooling on the other. A huge amount of energy is used around the world on cooling and dehumidifying and this could have an enormous impact.”

Transport was another sector to feature strongly. “One project is a pod-sharing service which would employ semi-autonomous transport for people who have to make several short trips in the mornings like school runs and then take public transport. They could drive the vehicle and then it will drive itself to its next user.”

Another very novel project deals with the management of electrical waste. “Can we use AI to make better use of spare parts?” Freeman asks. “If two people have similar dishwashers which break down at the same time, would it be possible to take parts out of one to fix the other and only have one of the machines being disposed of.”

The 24 teams have received initial funding from SFI to work on their challenges. At the end of April they will be short-listed to go through to the second seed phase following pitches at the Dublin Business Innovation Centre Futurescope in the Convention Centre Dublin. The final prizes will be awarded at the end of this year.

“This is very exciting,” she concludes. “Society needs help from the research community, so we put out the invitation. What we found is that people respond very positively when asked.”