Celebrating a decade of research excellence 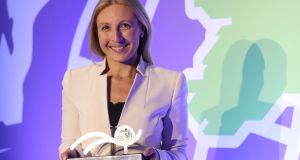 Founded 10 years ago, the European Research Council (ERC) is widely considered to be the most prestigious scientific research funding programme in Europe.

Supporting investigator-driven frontier research across all disciplines on the basis of scientific excellence, the ERC will provide approximately €13 billion over the seven years of the EU Horizon 2020 research and innovation programme which culminates at the end of 2020.

Irish-based researchers have been hugely successful in competing for ERC funding in recent years, according to Science Foundation Ireland (SFI) director of programmes, Darrin Morrissey.

“Along with the Irish Research Council, SFI is the National Contact Point for the ERC in Ireland, ” he says. “The programme kicked off in 2007 under the old Seventh Framework programme and since 2013 has been operating under Horizon 2020. The success rate of Irish researchers has increased by 56 per cent over the past two or two and a half years with 40 awards worth €55 million being won during that period.”

He believes this is a clear sign of an improvement in the standard of Irish research. “It really speaks to the quality of the research system here and shows that research is beginning to flourish where it really matters.”

He points out that Ireland has done particularly well in the funding scheme which provides support for early-career researchers. “We are doing really well in the young up-and-coming researcher category and are ranked eighth out of the 31 participating countries. That puts us at the same level as Germany and ahead of countries like the UK, Spain, and Italy. Overall, two-thirds of the awards won have been in the STEM area while 80 per cent of the awardees in that cohort are principal investigators in SFI research centres. Importantly, 43 per cent of the awards have been won by women.”

One of those women is Valeria Nicolosi, Professor of Nanomaterials & Advanced Microscopy at the TCD-based SFI Amber Research Centre. She has won no fewer than five ERC awards, believed to be a record for an individual research. Her field is the use of particular nanomaterials known as nanosheets, which are just one atom in thickness, to produce more efficient energy storage devices.

She received her first grant while at the University of Oxford in 2011 but brought it with her to continue her work in TCD. “The grants are fully portable,” she explains. “This was very productive in terms of licences and patents and led to several discoveries around energy storage.”

It then led to three ERC proof of concept grants to further the commercialisation of these discoveries. The first grant, worth €1.5 million, ended on October 31st last and was immediately followed by a consolidator grant worth €2.5 million over five years which commenced on November 1st.

“The grants have helped me create a completely different technology for batteries and super-capacitors,” says Prof Nicolosi. “We can grow them as thin films to create flexible and transparent batteries. We can also inkjet print a battery onto almost any surface such as food packaging to power a sensor to indicate product freshness, for example.”

The technology will also enable the 3D printing on devices like heart pacemakers with the power source built in. “The nice thing about 3D printing is that you can personalise the geometry of any device,” she adds. “And the great thing about the ERC is that it is capable of supporting fundamental research. That funding is difficult to get at the moment. But these projects show how fundamental research can turn into something very applicable and capable of being commercialised.”

Prof Angelos Michaelides has won two ERC awards over the past 10 years. Originally from Moville, Co Donegal, Prof Michaelides is now based at University College London where he leads a team engaged in studying how the world works at an atomic and molecular scale.

His current ERC funded project sees him looking at what might be considered to be a fairly simple and well-understood process, how ice forms. “I am a computational chemist and I use computers to try to make predictions about the world and how it works. We look at seemingly simply processes like how ice forms. It is one of the most common processes on earth yet it is not understood at a molecular level.”

Clouds are made up of ice crystals and can actually contribute to global warming and cooling depending on whether they trap heat or reflect it out. “We don’t know when clouds will form. We are using computer technologies to understand and predict when water will turn into ice. This will help with the development of better climate models and will also be of interest to the aviation industry which spends a lot of money on technologies to prevent ice forming on aircraft as well as the oil industry which has to prevent ice forming in pipelines.”

He is very grateful for the support he has received over the years. “I have had sustained European funding throughout my career as a researcher and this has been very beneficial to me.”