More than 200 research and academic bodies collaborating in Smart Futures 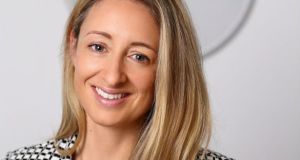 Science Foundation Ireland director of strategy and communications Dr Ruth Freeman: “It’s not about pushing all students into Stem.”

The deadline for Central Applications Office applications is 5:15pm today, with students having a further four weeks to amend their course choices should they have a change of heart or mind. Many will have made their choice based on solid research and their own ambitions. Unfortunately, this is not always the case and choices are often influenced by factors such as peer pressure, with the result that poor decisions are made.

Indeed, a Science Foundation Ireland (SFI) survey carried out among 2,000 first-year third-level students found that a significant proportion had made their college choices based on where they thought they would best fit in. “That’s not all that surprising”, says SFI director of strategy and communications Dr Ruth Freeman. “Fitting in is a big part of a teenager’s life. But they might be cutting themselves off from other areas of study or career paths because they don’t see themselves as a scientist or engineer just because they don’t know any scientists or engineers.”

The Smart Futures campaign is aimed at addressing that issue as well as the other factors which can deter students from opting for Stem (science, technology, engineering and maths) subjects at third level. Launched in 2013 and co-ordinated and managed by SFI, the campaign is collaboration between more than 200 organisations from research and academia, as well as partners such as Engineers Ireland, BioPharma Ireland, the Royal Society of Chemistry, ICT Ireland, the Irish Medical Devices Association, the Institute of Physics, the American Chamber of Commerce and other stakeholder groups.

The main aim is to encourage the take up of Stem subjects among second-level students and offer them access to free online resource (smartfutures.ie) that will allow them to delve deeper into the range of careers available in the area.

“We want to get as much helpful information out to students, parents, careers guidance teachers and teachers as possible”, says Dr Freeman. “The site is populated with hundreds of examples of careers that students and their parents may never have hears of. There is a gap in people’s knowledge when it comes to Stem-related careers and we want to bridge that. The sector moves so fast that there are jobs there now that didn’t exist even a few years ago.”

She points to video-game and medical-device design, food-product development, sports science and cancer research as examples of the diverse range of career areas open to students with Stem qualifications. “Stem graduates are in high demand across the globe,” she says. “The Smart Futures website provides students and parents with valuable insights and practical examples of Stem career paths, helping them to make more informed subject choices or CAO decisions.”

Freeman and her colleagues in SFI and the other Smart Futures partners are actively promoting the website and the Smart Futures campaign through participation at a wide range of events around the country including the BT Young Scientist exhibition and the iWish events for girls in Dublin and Cork.

Those latter events are very important as there is still a gender bias at play, even in the minds of some parents, according to Freeman. The SFI survey found 51 per cent of college students said their parents influenced their decision-making, and that they had advised them to pursue something their parents thought would suit their personality.

“Unfortunately, if a parent holds any stereotypes when it comes to science or maths themselves – that it’s too hard or it’s not really for girls – this can influence a student’s decision,” Freeman says.

“Students can hold these as well and there can be a view that science students are not as socially adept, and that view is even held by some science students although we want to break down the barriers and stereotypes that holds many students back from exploring their options in Stem careers.”

Freeman is keen to emphasise that the campaign is not about promoting Stem careers above all others. “It’s not about pushing all students into Stem,” she says. “Not everyone is suited to that but there isn’t just one route to a career any more. Studying a course in a Stem-related area can equip students with problem-solving skills and develop their ability to think logically, creatively and innovatively. Logical thinking and literacy in technology are now essential skills for the workplace and are much sought after by employers.”

Her advice to students and parents at this critical time is that it is not too late to change your mind or even to make it up for the first time. “I would encourage parents, teachers and students alike to visit smartfutures.ie to help them find out more and to better navigate this important decision-making process. The most important thing is to be informed but don’t panic.”