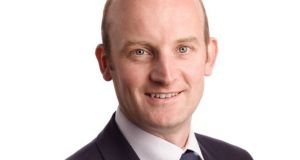 Enterprise Ireland technology gateways programme manager Mark Whelan: “The gateways go out to industry looking for problems to solve and then find the researchers to develop the solutions.” 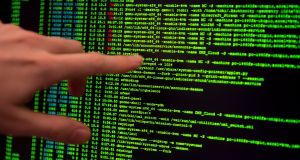 Typical Technology Gateway Network projects focus on the development of a new product or service or the optimisation of a process, across all sectors of the economy and based in every county. Photograph: Daniel Naupold?EPA

The Technology Gateway Network, run by Enterprise Ireland in partnership with institutes of technology around the State, has led to the creation of 1,250 jobs in 1,500 companies as a result of the successful completion of more than 2,750 innovative projects over the past five years. The projects have also helped create 200 new research positions in the institutes of technology.

The network consists of 15 individual gateways hosted by institutes of technology, spread across the country and providing industry with access to nearly 350 highly skilled and industrially-focused researchers, together with specialist equipment and facilities.

Projects carried out since the establishment of the network in 2013 range from polymers to pharmaceuticals, photonics (the physical science of light) to mobile services and mechatronics (a multidisciplinary field involving mechanical, electronic, robotic and software engineering systems), through to biotechnology and industrial design. Typical projects focus on the development of a new product or service or the optimisation of a process, across all sectors of the economy and based in every county.

“The gateways go out to industry looking for problems to solve and then find the researchers to develop the solutions,” says Mark Whelan, technology gateways programme manager with Enterprise Ireland. “Each gateway has its own technology theme. We make sure there is no overlap between them and that they are working in areas of interest to industry. Each gateway has an industry steering committee to keep it relevant and ensure that the technologies developed in-house will be of use to industry in the future.”

The 15 gateways have a total of 50 staff between them. “Their job is business development and account management, not research. They make sure the client gets their problem solved. Enterprise Ireland can help fund the projects. Companies can use innovation vouchers or partnership funding for them.”

Interestingly, despite the availability of this funding most projects are paid for directly by the companies involved. “We had 700 projects last year; 220 of them were funded by vouchers; 40 of them were research partnerships; and 440 were directly funded by industry. Typically, a company does one project using an innovation voucher and then goes on to pay for further projects directly.”

The average project last year was valued at €11,000 to €12,000 and lasted three months. “Projects can last a week and our largest project went on for two years and was worth €1 million,” Whelan adds.

The nature of projects varies widely. “One example was an industrial landlord in south Kerry. When the crash came they found they had lots of tenants out there with keys for their premises who weren’t paying rent. The worked with IT Tralee to come up with a solution. The solution developed at Tralee used a phone app to lock and unlock the doors.”

One company to benefit from the network is Carlow-based Advanced Nano Technologies (ANT). The company has developed a state-of-the-art desktop-sized spectrometer which can measure samples 10 times smaller than any current machine of its type can handle.

“Our spectrometer, the Flipper, can measure droplets as small as 100 nanolitres,” says managing director Norman McMillan. “It can measure anything anyone else can in smaller volumes more reliably with greater accuracy. It can be used in medical applications for diagnostics; in forensic services to identify drugs; and it can be used to identify fraudulent products or contaminants in food. What we are interested in is connecting the micro with the nano. Using surface-enhanced Raman spectroscopy we can detect a single molecule of a substance.”

ANT worked with the Centre for Advanced Photonics and Process Analysis (Cappa) at Cork Institute of Technology to validate the technology. “They confirmed that it works in the way we say it does. They measured it against another piece of equipment which is the current state of the art and ours performs just as well and is one third of the price. The report from Cappa has given us the platform to go on to the next stage of bringing the Flipper to the market.”

The network has been highly successful and not just at an individual project level. “We had an economic impact assessment carried out by consultant two years ago and this found that for every €1 of taxpayer’s money spent we got €5 back,” says Whelan. “The programme has now been funded for another five years with an investment of €27 million. The first programme generated 1,250 jobs and we went from 150 projects in the first year to 700 projects a year. And we went from about 150 researchers to just shy of 350.”

Companies wishing to avail of the services of the network should contact their local gateway. “We work an open-door policy: there is no wrong door,” Whelan says. “If you want to do a project in augmented reality the appropriate gateway might be Athlone or Waterford but you can go to Sligo or to any of the other gateways and they will walk you through it.”