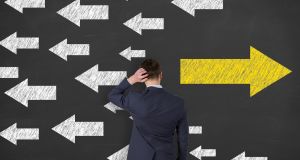 Enterprise Ireland’s Commercialisation Fund Programme aims to stimulate the creation of technology-based start-up companies and the transfer of innovations developed in higher-education institutes to industry in Ireland.

The number of successful companies spinning out from Irish third-level institutions has increased quite dramatically over the past decade or so. From a position where one or two companies might spin out each year the average is now about 30 and climbing.

Indeed, by the end of 2016 there were 109 active spin-outs employing almost 1,000 people in the Irish economy. This excluded companies that were less than three years old and those that had been acquired or merged with other companies.

One thing all of these companies had in common was Enterprise Ireland support through its Commercialisation Fund Programme. The aim of the programme is to stimulate the creation of technology-based start-up companies and the transfer of innovations developed in higher-education institutes and other research organisations to industry in Ireland. The programme funds the development of innovations at all stages of the commercial pipeline to the point where they can be commercialised as new products, services and companies.

“It is an extra piece of finance available to spin-outs from the publicly-funded research sector,” explains Enterprise Ireland research and innovation manager Gearóid Mooney.

“Many of these companies wouldn’t get funding from private sector. If someone has a good idea for spin-out and can make a reasonable case for it, we can put in money at a relatively early stage to de-risk the technology. It allows the company develop to the stage where it has a minimum viable product to bring to the market. It helps make the company an investable proposition.”

“We are not just putting money into technology,” Mooney adds. “We are also helping the individuals involved assess the market potential of their technology. He help them make connections with the people who can tell them if their project is viable. We are funding about 40 to 45 projects at any one time.”

Sensl is among the most high profile companies supported by the commercialisation fund. The company makes light detection and ranging (Lidar) sensors, which are a cornerstone of the technology behind autonomous vehicles. “Autonomous cars need high volume, relatively low-cost sensors to see what’s in front of them and Sensl has a particularly good offering in that area.”

The company was recently sold to US company On Semiconductor in a multimillion-dollar deal.

Another very interesting company supported by the programme is SiriusXT which, according to Mooney, is involved in the development of a “Hadron collider on a desk”.

“The company is a spin-out from physics research work carried out over 15 years in UCD by the spectroscopy group there,” says chief executive Tony McEnroe. “They are world-leading experts at developing high-brightness light sources. They were originally looking at applications in the area of semiconductor lithography but saw that light at similar energies could be used for low-energy X-ray microscopy. SiriusXT was established to license technology and commercialise it.”

The company’s technology creates 3D tomograms of cells. “It can look at cells 10 microns in size, one tenth the width of a human hair,” McEnroe explains. “We can look inside at things 1,000 times smaller than the cell. The people who need that are cellular biologists who need to understand what’s happening inside cells to cause cancer, Alzheimer’s and other conditions.”

It has been known for 20 years that soft X-rays are a very good way of looking inside cells. But the only facilities where this can be done are synchrotrons, a particular type of cyclic particle accelerator, and there are only four of those in the world, each larger than Croke Park.

“We have miniaturised this to less than one metre in diameter in a device that can sit easily on a laboratory bench. Scientists will no longer have to travel thousands of miles and get in a queue for soft X-rays. We have raised in excess of €5 million from a combination of the commercialisation fund, a seed round and EU funding. We are still at the pre-revenue stage and expect to sell our first products in 2019.”

Support from the commercialisation fund has been critically important. “Without doubt, the company would not exist without it”, says McEnroe. “We have received incredible help from Enterprise Ireland. What Enterprise Ireland does, and does very well, is to identify people working on research with commercial potential and give them the support to look at commercial applications for the technologies.”