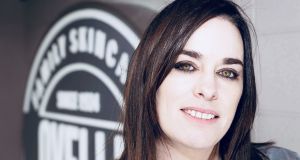 Joanna Gardiner of Ovelle Pharmaceuticals: “There are 20 million babies born in China every year. We did a lot of research with Enterprise Ireland and we created the Elave brand specifically for that market.”

The new service is a direct result of increased demand which is firmly based on the success of Irish exporters in the region which now number more than 600. Exports to the Asia-Pacific region from Ireland more than doubled in the last five years since breaking the €1 billion mark in 2012, delivering double-digit growth for Enterprise Ireland clients in 2016 with an impressive 16 per cent year on year gain.

As the second fastest growing region for Enterprise Ireland backed companies, the agency is targeting a further increase in exports to the region of 50 per cent by 2020 bringing the total to €3 billion.

Speaking at a special Asia-Pacific (APAC) exporting conference at the Aviva Stadium last week Enterprise Ireland chief executive Julie Sinnamon said: “Last year alone we had 70 new first-time exporters to the region. Expanding the reach of Irish exports in new and emerging markets is a key priority for Enterprise Ireland and is a central element of our market diversification strategy in response to Brexit.”

The main reason why Irish companies should look to Asia for export growth is scale, according to Tom Cusack of Enterprise Ireland

The conference attracted 115 buyers from the region who met with 200 Irish companies interested in growing their business in Asia.

The main reason why Irish companies should look to Asia for export growth is scale, according to Tom Cusack, regional director for Asia with Enterprise Ireland. “Half the world’s population live in the region,” he says. “And 65 per cent of the world’s middle class lives there.”

He says the traditional route to market for Irish companies is to start in Australia and move northwards through Singapore and Hong Kong where English is widely spoken. Hong Kong can then be a gateway to the Chinese market.

“China is a massive market for us and accounts for 50 per cent of all Irish companies’ exports into the region,” says Cusack. “A quarter of the population is now regarded as middle class – that’s 350 million people with disposable income. And there is a massive online market there. That represents a huge opportunity for Irish exporters, but they have to be able to offer something different – innovation is crucial.”

One innovative Irish firm that is enjoying considerable success in China is Ovelle Pharmaceuticals which produces a range of skincare products in Dundalk. The company has doubled sales over the past three years and planning to grow turnover to €20 million by 2021. Much of this growth has been fuelled by sales to China with exports now accounting for 50 per cent of turnover.

It may come as some surprise to learn that such a trailblazer is rooted in tradition with the company dating its origins back to 1934. “My grandfather founded the business and when he started manufacturing creams in the back of his chemist’s shop in Dundalk in the 1930s,” says chief executive Joanna Gardiner.

The company’s products are specifically designed for sensitive skin. “Conditions such as eczema and dermatitis are on the rise due to the chemical world we live in,” she says. “In recent years the incidence eczema in babies in the Far East has grown from 3 per cent to 30 per cent. There are 20 million babies born in China every year. We did a lot of research with Enterprise Ireland and we created the Elave brand specifically for that market.”

Online sales have been critical to Ovelle’s success. “Seventy per cent of skincare purchases in China are made online,” Gardiner points out. “People also do a lot of research online before they buy. Because of the one child policy they don’t tend to have brothers and sisters to discuss baby products with. Safety is a big issue as we saw with the infant formula scandal a few years back and Ireland enjoys a very good reputation in that regard. Our manufacturing facility is fully HPRA approved and that’s a big advantage.”

Ovelle products are available on Koala, the leading cross border sales portal in China as well as on WeChat, a service similar to WhatsApp that also supports ecommerce.

“You’ve got to have your ecommerce hat on when you address this market,” she advises. “But innovation is also absolutely vital. There is a trend towards ethical, natural skincare products like ours in China, but it takes a lot of R&D to create them. You won’t succeed in China without good products and we have invested heavily in R&D to develop them.”

Tom Cusack advises companies with ambitions to start exporting to the Far East to do their homework first. “Before ever getting on a plane come and talk to us in Enterprise Ireland. Do your planning and preparation, find out if the market is right for you, if you have the right products and services for it and if you have the resources to take it on. We have just produced a series of Going Global guides to different APAC markets and they offer a good starting point for would be exporters to the region.”