Intellectual property: how to protect your intangible assets 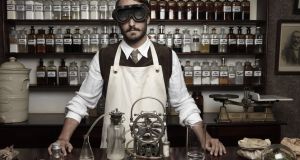 Many companies fail to protect their inventions and other valuable intellectual property due to a lack of understanding or a mistaken belief that it’s only for large companies. Photograph: Getty Images

However, many companies fail to protect their inventions and other valuable intellectual property due to a lack of understanding or a mistaken belief that it’s only for large companies. “There are lots of reasons why it’s important,” says Doyle. “Innovation is important. Everyone knows that intuitively. But they understand it from the input side. They understand that you have to invest in the risky activity known as R&D and hope that a competitive product comes out at the other end.

“But if you just leave it at that, you are leaving yourself open to someone else copying your invention or improved product, benefiting from it, [WITH YOU]not being able to do anything about it.”

He describes IP as a “bag of tools to enable people to claim ownership of stuff they create. It takes many forms. To protect an invention the tool is a patent. If you publish a book it is copyright. Enterprise Ireland supports companies to carry out R&D activities to develop new and more innovative products that will sell on export markets. What we are doing now is adding a support to help them protect what comes out of R&D.”

It is not just about patents and copyright, however. “There are things companies might want to protect which either aren’t patentable, or they don’t want to patent them. There is a now a focus on a form of IP known as trade secrets. It might be a new process for making drugs, but you don’t want to file a patent for it as that will disclose it to the whole world. You want to keep it a secret like the formula for Coca-Cola or WD-40. Companies like Google use a lot of trade secrets.”

A brand can be very valuable. It is a mark that companies put on a product for customers to recognise

For something to be a trade secret a company has to take steps to keep it secret, and it must be stored securely, with access restricted to a small group of people. It has to be of value to the company.

“If someone replicates it you can say that’s my secret,” says Doyle. “But you have to codify and document it carefully to prove it’s yours.”

Trademarks relate to a brand, he notes. “A brand can be very valuable. It is a mark that companies put on a product for customers to recognise. When Google started out it was named after the word for a big number suggested by a child. The value then was zero. Now that it represents something to people it is hugely valuable. The same applies to an Irish brand like Kerrygold. Its value lies in the mind of the consumer. If the brand makes consumers pick up a gold-wrapped pack of butter and pay more for it than the parchment-wrapped product, then it’s worth a lot.”

But if Kerrygold hadn’t been trademarked, others could have used the name and cashed in on the brand. “You have very limited protection if you don’t register a trademark”, says Doyle.

Registered designs can protect the look and feel of a product. “The Apple logo and the Coca-Cola bottle are examples of this,” he notes. And he tells a cautionary tale of what can happen when this is not done.

“Crocs shoes didn’t protect their design in time,” Doyle points out. “When they finally did try it was too late. What they were making was shoes, and the only distinctive thing was their look and feel, and they failed to protect that. A lot of companies think that IP is only for big companies. But it gives them the right to control their innovation if someone copies it and makes money out of it. It gives you the right to go after them and get payment.”

It also enhances the value of a company. “It will take a maximum of 10 minutes before a conversation with a potential investor turns to IP,” Doyle adds. “If you haven’t looked after it, the value of the company is diminished.

And it can lead to opportunities to licence a product. “One way of entering a new market while avoiding tariffs is to licence a product to a partner, and IP gives you the ability to do that,” he concludes. “This could be very useful in light of Brexit. You can take a royalty and avail of the highly favourable tax treatment that applies to income from that source.”