Innovating for growth and international success 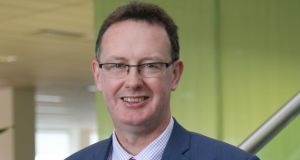 Enterprise Ireland innovation development manager Declan Black: “Long-term studies have shown that at least 50 per cent of companies who do not actively innovate have ceased to trade after 10 years.”

Companies that engage in research, development and innovation (RDI) grow more quickly, are more profitable and enjoy far superior survival rates to those who do not. These are some of the findings of an analysis of client company data carried out by Enterprise Ireland.

“Clients that received research, development and innovation support from Enterprise Ireland in the last 10 years have experienced four times higher growth rates as firms which are not R&D active, they have seen their exports treble while those of non-active firms have declined, and have achieved twice the employee value added,” says Enterprise Ireland innovation development manager Declan Black. “On the other hand, long-term studies have shown that at least 50 per cent of companies who do not actively innovate have ceased to trade after 10 years.”

The gap is widening all the time between companies that innovate and those that do not, and it should be no surprise that the former have such a greater survival prospect, Black adds.

“These companies have problem-solving capacity already in place, so when a downturn comes they are much better equipped to deal with it. And they are also much better equipped to deal with the challenges presented by growth. The product life cycle used to be three to five years; now it’s one to three years and shortening. Competitors are moving on and so are customers. Companies have to become more innovative, look out for opportunities and ask how they can be exploited.”

Enterprise Ireland has refreshed its innovation support offer in response to the accelerating pace of change on international markets. The Agile Innovation Fund is designed to help companies respond to the threats and exploit the opportunities presented by international developments such as Brexit and the growth of new markets in Asia and elsewhere. The new fund offers firms financial support of up to €150,000 or 50 per cent of the cost of innovation projects with a value of up to €300,000.

While the financial dimension is significant, it is the nature and type of projects supported which is of most importance. The fund will support not only major two- or three-year research-and-development programmes but also short bursts of innovation activity as well. The agility in its title refers to in-built flexibility which caters for the fact that innovation projects are subject to change in line with evolving market and customer needs.

The application process has also been streamlined and simplified and companies can now submit a short outline of their proposed projects to ascertain their eligibility before going to the time and trouble of preparing and submitting a full funding application.

Innovation support from Enterprise Ireland has helped turn Dublin company Ding into the world’s largest international mobile top-up platform which allows millions of users to send top-up to 400 mobile operators in 130 countries, reaching four billion handsets around the world. With 190 employees, 130 of them in Ireland, the company had gross revenues last year of $500 million.

Expansion continues and the company recently announced a new agreement on payment services with Asia Express Exchange Oman, as well as a memorandum of understanding with Oman Investment and Finance Co.

Users around the world can add data or minutes using the Ding app or website, or by walking into one of 600,000 stores worldwide. “It’s a simple idea, but the complexity becomes a huge challenge when you do it at scale,” says Ding chief executive David Shackleton.

The company started selling phone top-ups in 2006 and quickly proved to be a global success. “Mark Roden and I founded the company in 2005,” Shackleton says. “We started out sitting at a kitchen table throwing ideas around. We had been looking at prepaid credit cards and money transfer. We then looked at mobile phone top-up scratch cards and started figuring out an electronic system to do it. We launched the online top-up system in 2006 and worked really hard at it for a couple of years.”

The big leap forward came as a result of working with a retail partner in the United States. In Ding’s early days the system worked by people going to a shop and being issued with a code which they texted to a friend, colleague or family member abroad to top up their phone. The US partner had a system which allowed the point-of-sale device in the shop to do all the work.

“The shop assistant would put the code and the recipient’s phone number in the till and it would just happen,” says Shackleton. “It was a much nicer and more attractive user experience.”

Grants for RDI from Enterprise Ireland were particularly crucial in those early days. “We were able to invest and build up proprietary technologies and push the envelope in terms of the platform’s scale, which has given us a massive competitive advantage,” says Shackleton.

The three major corridors for Ding’s business are currently North America to Latin and Central America, Europe to Africa, and the Middle East to Asia and there is room for growth. “Every prepaid phone in the world – which is 85 per cent of phones – should have an app that’s able to do top-ups. That’s a huge opportunity.”

One project supported by Enterprise Ireland illustrates how solving a complex problem can simplify life for consumers. “We developed a piece of technology that allows us to predict from somebody’s phone number which mobile operator they use,” says Shackleton. “It’s a really nice, seamless experience for the user, but behind the scenes there’s a lot of complexity involved in doing it.”

Enterprise Ireland has also assisted the company streamline its business operations. “Recently, we looked a lot at ways of automating our day-to-day operations so as much of the business as possible is focused on R&D and creating new features,” says Shackleton.

Ding often releases more than 20 updates in a single week, such as support for new mobile operators, improved user flow on Ding’s website, or improved content on the app. “You could develop an app for €10,000 but to be truly world-class and operate at scale, the back-end system needs to be sophisticated, which takes millions of euro and years upon years of learning and development.”

More recently, the company has introduced a service in the Middle East which allows users to “share” their mobile phone credit with others. “It allows users to take a top-up credit off their own phone and deliver it to other people. We have had days when we’ve had 500,000 people sending top-ups to other people using this service and our back-end systems have to be able to support this. Enterprise Ireland has done lots of stuff over the years and the support has been great.”

The Agile Innovation Fund isn’t the only way that Enterprise Ireland can help, according to Black. “The company health check can help companies to assess their current innovation capabilities and identify strengths and areas for improvement and our Excel @ Growth series of workshops helps companies identify innovation opportunities, de-risk the innovation process and manage successful innovation and R&D projects,” he says. “We can also help companies acquire the skills they require to engage in innovation, help them put in place the structures and processes required and assist with market intelligence.”