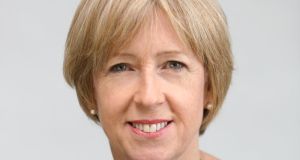 KTI director Alison Campbell: ‘We had already been thinking of new ways of communicating and Covid-19 catalysed and accelerated that process’

Knowledge Transfer Ireland (KTI), the national office that works to make it simple for businesses to access and benefit from publicly-funded research, has developed a highly successful series of webinars aimed at building on the strong knowledge transfer performance reported during 2019.

“The Unlocking Knowledge Transfer series is a monthly webinar that has been running for five months and aims to shine a light on how Irish businesses can access cutting-edge technologies and expertise from the Irish academic research sector,” says KTI director Alison Campbell.

The webinars look at topics including how businesses can collaborate with public research organisations such as universities or institutes of technology; the expertise available through Ireland’s Technology Gateway Network; how to build a high-growth business from intellectual property developed in the Irish research sector; and how best to guard and use trade secrets.

The series was a direct response to the Covid-19 restrictions which prevented face-to-face engagements and events during the year. Last year had seen an uplift in the number of ongoing collaborative research projects between industry and research performing organisations (RPOs) with 2,163 live at year end. In addition, there were 26 spin-out companies from RPOs during 2019 while licensing revenue from RPO intellectual property reached €2.7 million, up from €1.7 million in 2018.

“We wanted to build on that very strong performance,” says Campbell. “We had done nothing like this before. We had already been thinking of new ways of communicating and Covid-19 catalysed and accelerated that process. We had often talked about webinars but because we were already running very successful face-to-face events, we didn’t necessarily want to replace them. The webinars been really successful since they started in June.

“We initially said we’d run a few and see how they go but now everyone is saying they are here to stay,” she continues. “The webinars will be complementary to our other activities. Lots of people already looking at a slightly more blended way of doing things and it will be no different for us.”

The webinars are held on the first Tuesday of every month and last just 45 minutes. “We have designed them to be very quick with about 2-030 minutes of presentations by guest speakers followed by a question and answer session,” says Campbell. “That makes it very easy for people to take time out of their day to attend. We have been getting very good feedback with attendees saying they enjoyed getting different perspectives on the topics being addressed.”

Those topics have been quite diverse.

“We have tried to make them as lively and interesting as possible to companies interested in research and innovation. We want to help them get their heads around leveraging the State-supported research system. We have had between 100 and 160 people at each webinar depending on the topic and time of the year. The mix of people has been very diverse with roughly half coming from the business sector and the others coming from government agencies, the higher education institutions, investors and others. We’ve also seen a good combination of SMEs and larger companies.”

The virtual format has been an advantage in some ways.

“We would not have been able to reach that number of people in the face-to-face format,” Campbell notes. “And we wouldn’t have got the same mix. We would have had to run the same topics several times. People from anywhere can tune in and listen and become part of a bigger conversation. It’s been really terrific to have been able to connect with people in this way.”

The next webinar in the series is on December 1st and will review developments over the past 12 months. “We will look at how the Irish knowledge transfer system has responded to the extraordinary and unprecedented challenges to industry and the research sector alike,” says Campbell. “I will be discussing this with a number experts from across Ireland to learn how approaches to commercialisation and industry engagement have been adapted to respond to our new normal.”

Next on the agenda for KTI is the organisation’s Annual Impact Awards which will be presented on November 26th.

“The awards recognise significant achievements in knowledge transfer and the commercialisation of research carried out in Irish higher education institutions and RPOs,” Campbell explains. “In particular, they pay tribute to the work of those within Ireland’s technology transfer offices in higher education institutions around the country who provide a vital link between industry and the academic research.”