The inaugural National Project Awards will take place in November 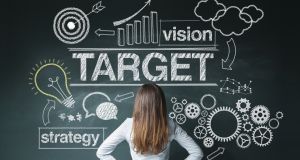 Over the past 10 years, project management has become a fundamental part of an organisation. Photograph: iStock

The inaugural National Project Awards will be held this November, with the Ireland Chapter of the Project Management Institute (PMI) recently announcing the shortlist of finalists.

The awards will also include one honorary nomination, the Distinguished Contribution to Project Management, with the winner to be announced on the night.

Winners of the seven categories will be revealed at a gala dinner hosted by principal sponsor PwC on November 1st. The event at Spencer Dock, Dublin 1, will take place on the eve of International Project Management Day 2017. The Irish Times is the media sponsor of the awards.

The Ireland Chapter of PMI now has more than 1,250 members, having grown by 22 per cent in the past 12 months. More than 50,000 people are currently employed in project management across Ireland, in sectors such as IT, public sector, construction, pharmaceuticals, professional services, financial services and manufacturing.

The National Project Awards were set up in order to recognise and honour individuals, project teams and organisations that have excelled within the project management discipline.

Ireland Chapter of PMI President Niall Murphy explains: “We wanted to celebrate project excellence in Ireland and there wasn’t really anyone doing that. There is great work being done by project managers across all sectors in Ireland but there wasn’t really any public recognition of the excellent work they were doing. We wanted to find a way to publicly recognise the good work of individuals and companies so that was really the driver behind it. It was to recognise excellence. Other professions do it but in the case of PM that wasn’t there, so we said let’s step in,” he says.

The awards will recognise both public and private sectors and they are the brainchild of the Ireland Chapter of PMI but Murphy explains the awards are not restricted to PMI or PMI members.

“They’re open to the general public so it’s a very broad-church view. We’re promoting the project management community but we want to reach out across all sectors. We deliberately made it open to everybody.

“There are several categories of people and groups being honoured, including from financial services, engineering and design, public healthcare and ICT. You want to see who is better than the other person but you can’t compare apples with oranges, so we did come up with varied categories in order to honour as many people and industries as possible.”

He echoes what his soon-to-be predecessor has said, that the awards are vitally important within the industry.

“Project managers tend to be very busy people, before one project is over we’re already on to the next thing. There’s never time to take a step back and pat yourself on the back and share some of the lessons you’ve learned. There are some amazing projects going on in this country and people don’t get to hear about it and other project managers don’t even get to hear about it, so the idea was to try to encourage people to take a few minutes to describe what they do and accept the plaudits of their peers. There are some really impressive entries in there and we can learn a lot from different industries and our peers.”

He says feedback and praise from the judges has been extremely high.

“In terms of the judges, we made sure to have a good mix of people from the public and private sectors and that judges weren’t looking at candidates from their own companies or competitors,” he says.

Ian Elliot is adviser to the awards committee and was asked to come on board due to his work on the O2 Ability Awards in Ireland and Spain, which he developed and managed.

“One of the main objectives with the awards is to try to increase the visibility of project management as a profession in Ireland. The second objective is to give recognition to the members and to the people who work damn hard every day in terms of project management. Sometimes we’re the unsung heroes of the work we do,” he says.

He explains how over the past 10 years, project management has become a fundamental part of an organisation, particularly around change and how they manage different programmes of work and transformation programmes.

Murphy explains the importance of project management as a discipline.

The latest PMI research shows that $97 million is the amount organisations waste due to poor project performance for every $1 billion invested. That’s a 20 per cent improvement from the $122 million wasted in 2016.

“That’s a lot of money and can make a big difference to your profit margin,” he says.

In terms of the number of companies that put in submissions, Elliot says they were pleasantly surprised by the amount of entries received but they were particularly surprised that the category for social good was “well oversubscribed”.

“They are utilising project management tools and knowledge for the implementation of social good, which is great,” he says.

“This is the first year of the awards, we’re giving it a shot and seeing what the uptake is like and it bodes well for the future,” he adds.

Féilim Harvey, project management partner with PwC, says they are delighted to support the awards, in its inaugural year.

“The awards provide PwC with a great opportunity to recognise excellence in project- and programme-management at a time when these skills are critical to Ireland’s competitive edge. The continued focus on housing, foreign direct investment and the impact of Brexit all require strong delivery skills. There is a depth of talent across Ireland in project management and the awards are a great showcase of this success, with 24 deserving finalists. PwC is proud to be associated with such talent.”

Tickets for the black tie gala dinner on November 1st are priced at €95, and can be purchased by emailing awards@projectawards.ie.

For full details on the National Project Awards see projectawards.ie.

Category: Project Professional of the Year (sponsored by PwC)

Category: PMO of the Year (sponsored by Aspira)

Category: Public Sector Project of the Year (sponsored by the Institute of Public Administration)

Sonalake – Automation of Fibre to the Premises