Peer-support programme has helped more than 450 grow their businesses 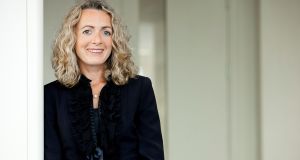 The ninth cycle of the KPMG-sponsored Going for Growth female entrepreneurship programme kicks off on February 17th. The highly successful initiative has helped more than 450 female entrepreneurs grow their businesses since its launch in 2008 and last year’s participants’ businesses experienced a combined growth in sales of €7.5 million (28 per cent) with employment rising 17 per cent to 485. In addition, the number of exporters among the participants increased by 43 per cent.

“Irish female entrepreneurs have a major role in helping deliver economic growth and job-creation objectives and we in KPMG are delighted to support the Going for Growth programme for a third year,” says KPMG partner Olivia Lynch. “We are looking forward to working with participants and helping them to achieve their innovation and growth goals.”

Going for Growth, which is co-sponsored by Enterprise Ireland, is unique in that it is aimed at helping to grow existing businesses and offers a programme of peer support to women owner-managers, regardless of sector. There is no charge to those selected.

The selection process is competitive and successful applicants need to demonstrate a significant desire for their businesses. Those businesses are usually well established and have been trading for at least two years.

“It’s a whole different challenge to grow a business than it is to start one up,” says Lynch. “Since we’ve been involved we have seen 130 female entrepreneurs go through the programme. What sets it apart is that it brings ambitious female entrepreneurs together to support each other to drive growth in their businesses.

“KPMG is working with entrepreneurs and fast-growing companies every day and this programme really is a perfect marriage for us. We support Going for Growth both financially and through KPMG employees getting involved in facilitating network events [and] meetings, helping the companies achieve their goals.”

The programme was created as a result of the findings of several Global Entrepreneurship Monitor (GEM) reports, according to Going for Growth founder and national director Paula Fitzsimons. As far back as 2001 the GEM report revealed that there were five male entrepreneurs in Ireland to every two female entrepreneurs.

“It was clear that female entrepreneurs represented an untapped resource,” says Fitzsimons. “I looked at the statistics and asked myself if there are 900 women starting businesses every month where are they now? Where is the growth?

“We did an analysis of GEM statistics and found that there was a huge gap in terms of aspirations for growth. Seven times as many male entrepreneurs said they wanted to employ more than 10 people within five years as did women. What we need to do is help maximise the entrepreneurial potential of women, where everyone can be the best that they can be.”

That’s what led to Going for Growth. “We take successful women role models and put them in touch with early-stage women entrepreneurs. We use a round-table format with eight people taking part. I didn’t understand the power of the round table at the time but it really breaks down psychological barriers. You have people sitting there facing each other talking about their problems and offering each other great support in solving them.

“You also get what I call good peer pressure. We ask participants to identify their goals and what they want to achieve over a three-year period. We then break that down into time periods and work on targets for each time period. Those targets might be redeveloping a website or pitching to a certain target customer or anything at all. Each month people ask how you got on with the previous month’s goal. The participants decide their goals, they write them down, they own them and they deliver on them.”

Progress is monitored throughout the six-month programme and afterwards. “The results are very tangible,” says Olivia Lynch. “Paula does a great job monitoring all the entrepreneurs and their businesses after they have gone through the programme to see how they are doing.”

There are further benefits beyond the sales and employment numbers, however. “One of the key points about the programme that we really like in KPMG is that it is helping create female role models for the future. The contribution entrepreneurs make to the economy is very significant but it could be increased still further if we could harness more female entrepreneurship.

“Having more successful female entrepreneurs as role models will help with that and Going for Growth is providing them. Programme participants tend to become lead entrepreneurs in future programmes. They share their experiences and expertise very generously.”

One of those participants turned lead entrepreneur is Image Entrepreneur of the Year 2016 Oonagh O’Hagan of Meagher’s Pharmacy Group. “I am delighted to give my time to this worthwhile initiative on a voluntary basis, as I experienced at first hand the benefits of stepping back from the daily operation activity to work on my business rather than in my business,” she says.

“There is a strong element of positive peer pressure in the round-table groups to get things done between one meeting and the next. That is refreshing and exciting and keeps the focus on action and growth.”

Paula Fitzsimons points out that it is not too late to apply for this year’s programme. “Applications close [tomorrow evening] Friday, January 20th, but people can still apply by going to goingforgrowth.com and filling out the application form.”