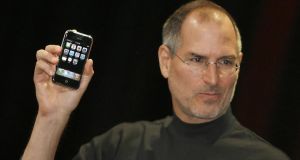 “Innovation” is one of those words that, through casual overuse, has come to signify a wide array of distinct concepts – in some sense, the word is literally losing definition, like an out-of-focus photograph that manages to become blurrier every time you look at it.

These days, anytime anyone does something vaguely new, or a new feature gets added to some gadget or other, the innovation word gets flung about. Indeed, the word is used with the same reckless abandon as those other favourites of jargon-loving MBA types, “solutions” and “disruption”, rendering it increasingly meaningless.

There is a cost to such cavalier usage – if we don’t really understand how to use the word accurately, we can’t easily identify real innovation when it happens, which makes it difficult to, well, innovate.

To address this situation, renowned technology analyst Horace Dediu recently penned an essay identifying the problem, and coining a word to describe it: “innoveracy”, a play on innumeracy, and which he describes as “the misuse of the term and the inability to discern the difference between novelty, creation, invention and innovation”.

Critically, they are a hierarchy, each consecutive category encapsulating the former – “Creations are novel, inventions are creations and innovations are usually based on some invention,” as Dediu puts it, but not the other way around.

The post, at his Asymco website, made
an immediate splash, suggesting his
identification of the innoveracy problem and the taxonomy was addressing a key conceptual need.

“What I thought about, kind of out of the blue, is that because the innovation word gets thrown it around so much, I thought of stepping back and defining it in terms of and in relation to the other things we think of as ‘new things’,” Dediu tells me over Skype.

“I think it’s important to ask some fundamental questions about what it is. My mentor Clay Christensen has probably done more than anyone to explain causality as far as why some innovations work and others don’t, and there has been probably a 15- to 20-year debate on the classification of innovation, from disruptive to sustaining and various nuances in between disruptions themselves, whether they are low market or high end.”

But despite that ongoing debate, framed by Christensen’s seminal book The Innovator’s Dilemma , the boundaries of the key concepts have become blurred.

“That happened with disruption too. People say everything is a disruption in business or technology now,” says Dediu.

“I was also really annoyed at people using the word ‘utilisation’ versus ‘using’. This is a creeping dilution or inflation of words that causes the meaning to be lost. I don’t know if I can reel it back in, but it’s about trying to be more precise.”


Creative process
Dediu’s essay identifies a key characteristic of innovation, with a nod to Steve Jobs: “A design, sketch or verbal description might be novel but it does not qualify as an innovation or an invention or even a creation. How far the depiction went toward making a dent in the universe defines its innovativeness.”

In other words, it is the impact of the full creative process that determines whether something is truly innovative, and attaining that impact relies on a huge number of factors.

To highlight the difference between invention and innovation, Dediu cites examples such as Wal-Mart’s store design, Amazon’s logistics, and the iPhone’s subsidised pricing model as innovations. “The innovations that are rewarded are often those things that are beyond technology,” he explains.


Marketplace of ideas
It’s a telling insight – the market is not just a way of measuring something’s innovativeness, but also one of those key elements that fosters innovation in the first place.

While Dediu’s coining of innoveracy might itself be a mere creation, according to his hierarchy, ultimately I suspect that the marketplace of ideas will place quite a high value on the neologism.

“Right now it’s at this novelty stage,” he says, laughing. “It doesn’t become an innovation until it does change the world, so let’s see if it gets there.”