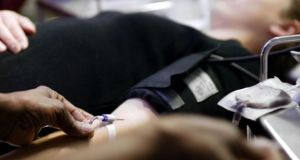 Medical devices firm VistaMed is to create 200 jobs in Co Leitrim as part of a new €10 million investment programme.

The announcement was made as the company, which produces catheter and extrusion devices, officially opened a new research and development facility in Carrick-on-Shannon.

Recruitment for the new roles is already under way with 37 jobs already filled. VistaMed said it expected all positions to be filled by the end of 2019.

The company, which already employs 325 people in Ireland, also has a facility in Rooskey, Co Leitrim.

The firm is in the process of expanding its current manufacturing facility by 4200sq m (45,000sq feet).

VistaMed, which was founded in 1999, said it had seen increased demand in the global medical device market for the services it provided.