Cost of health insurance has been rising over the past year 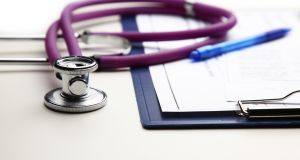 Health insurer VHI has announced that it will increases its prices by an average of 2 per cent across a range of plans from March 1st.

The company said the price increase was “necessary to cover the cost of providing quality healthcare to customers in 2020 and beyond”, including access to new technologies, drugs and procedures, and followed a rise in claims costs.

The increase follows an average 6 per cent rise in the price of its plans last August.

“We have sought to keep the price increase as low as possible without compromising on cover,” said Declan Moran, VHI director of marketing and business development.

“In the last year, we have seen a significant increase in claims paid on behalf of our customers. In particular, there has been an increase in activity in private hospitals.”

Primary care claims have also risen because customers now more often claim on this element of their policies.

The cost of private health insurance has been on an upward trend of late. Irish Life Health raised its premiums by an average of 4.4 per cent in January, its third rise in less than a year after an increase of 3.3 per cent and then 0.8 per cent in 2019.

Laya Healthcare, meanwhile, increased the premiums on many of its plans by 1.7 per cent in November 2019, with this increase following a 2.9 per cent rise in July.