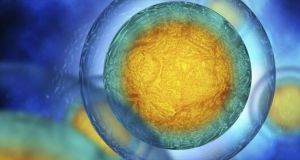 Immunocore is developing novel T cell receptor (TCR)-based therapies with the potential to treat a variety of cancers, viral infections and autoimmune diseases.

Immunocore, an Oxford-based biotech company in which Irish life-sciences investment company Malin has a 10 per cent stake, has raised more than $130 million (€120 million) in a Series B funding round.

Malin invested $80 in Immunocore in July 2015 and the company is one of just four key assets in which it still has stakes.

Immunocore, which was spun out of Oxford University in 2008, is developing novel T cell receptor (TCR)-based therapies with the potential to treat a variety of cancers, viral infections and autoimmune diseases.

Immunocore said it intended to use the funds to further expand and accelerate its clinical stage pipeline. The company’s most advanced programmes are in oncology with a pipeline of infectious and autoimmune diseases. Its lead programme, tebentafusp, has entered pivotal clinical studies as a treatment for patients with metastatic uveal melanoma.

Malin, which was set up by a number of former Elan executives to invest in privately held life science assets, now has just four key investee companies. These include Poseida Therapeutics, which is developing a treatment for bone marrow cancer. It raised $142 million in a funding round in 2019 having previously filed for an initial public offering earlier in the year. Malin took a 33 per cent stake in Poseida in late 2015 in a deal valued at $30 million.

The other companies currently backed by Malin are Immunocore; Kymab, which is working on a treatment of eczema; and Viamet, which focuses on antifungal products.

Malin raised €330 million selling shares at €10 each in its initial public offering in March 2015. Early backers included the so-called “Oxford Oracle” investment manager Neil Woodford, who held a 23 per cent stake in the listed company through Woodford Equity Income Fund. Most of that stake was sold last September to Pentwater Capital.