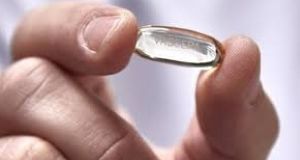 Shares in cardiovascular drugmaker Amarin slumped over 70% last night as the company lost a key patent case in Nevada.

Shares in Irish heart drug company Amarin slumped more than 70 per cent last night as the company lost a key court case in Nevada over the patents of its one cardiovascular drug.

The ruling by Judge Miranda Du in the district court of Nevada is a potentially fatal blow for the company that had spent years proving to regulators that its highly purified fish oil capsule was an effective treatment for patients at risk of heart attack or stroke.

The court ruled in favour of two generics drug companies that Amarin had pursued over alleged patent violations on Vascepa, which works by lowering the level of harmful blood fats, called triglycerides, in patients at risk of heart attack or stroke who are already on statins because of high cholesterol.

That allows generic rivals to enter the market, undercutting Amarin’s drug.The two companies, which specialise in making cheaper me-too versions of medicines, have filed applications with the US Food and Drug Administration (FDA), which regulates drugs in the US, for generic versions of Vascepa.

The court found that the generic firms’ marketing applications would infringe on the “asserted claims” of the Amarin patent but added that the asserted claims “are invalid as obvious”. She ruled that six patents on the drug, which all expire in 2030, are invalid.

Shares in the company tumbled immediately after the verdict in after hours trading in the US on Monday, falling from $13.58 to under $4 before recovering fractionally to trade are $4.50. The shares were trading above $24 as recently as December but have been hit in line with the sector in general as a result of the Covid-19 pandemic.

Speaking after the judgment, Amarin chief executive John Thero said the company “strongly disagrees with the ruling and will vigorously pursue all available remedies, including an appeal of the Court’s decision”.

He said the pharma group would seek an injunction on any generic that secured approval from the FDA to launch a competing drug pending that appeal.

Mr Thero said the company had a strong balance sheet and he was confident the company could secure an injunction against generic competition by posting a bond that would secure generics’ lost profits “in the event that generics prevail on appeal”.

Amarin said last night that no new drug application for a competitor medicine had yet been approved by the FDA, so it does not believe there is any impending competition due in the market.

Amarin reported revenues of $429.8 million last year – almost all of it from sales of Vascepa in the US market – and analysts had forecast that the drug could achieve blockbuster status by recording sales of more than $1 billion by next year.

That is now in doubt, as is the future of the company which has no other products on the market.

“After we determine the outcome of our effort to prevent a generic launch [if an abbreviated new drug application approval is obtained], we expect to provide an update on how we would adjust certain promotional activities for Vascepa in the United States,” the company said.

Aston Martin chief to leave as part of shake-up 17:42
Ryanair goes to court over conduct of social welfare appeal 17:29
Office chitchat is essential for the free flow of ideas 17:03
More than 1,000 pubs have an interest in FBD ‘test case’, court told 16:45
Schrems letter turns up heat on Data Protection Commissioner 16:23

1 More than 1,000 pubs have an interest in FBD ‘test case’, court told
2 Ryanair goes to court over conduct of social welfare appeal
3 Schrems calls on EU authorities to intervene in ‘Kafkaesque’ DPC case
4 Pricewatch: Coronavirus has given us four categories of shopper
5 Eir sells mobile mast infrastructure company for €300m
6 Player Wills site: Hines and APG to seek permission for 416 homes
7 Will remote working mean an end for the corporate HQ?
8 Schrems letter turns up heat on Data Protection Commissioner
9 Dawn Meats reopens plant supplying McDonalds burgers
10 Economies can be restarted if bold and imaginative choices are made
Real news has value SUBSCRIBE