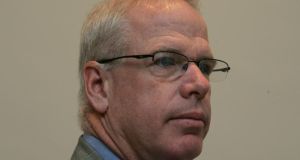 A small one-product Irish pharmaceutical company has secured a landmark victory over the US drugs regulator in a New York court.

US district judge Paul Engelmayer has barred the US Food and Drug Administration (FDA) from stopping Amarin from promoting its fish oil drug off label, ruling that the company is protected by the First Amendment right to free speech.

Amarin has previously secured FDA approval to market is highly refined Omega-3 fish-oil drug Vascepa as a treatment for people with extremely high levels of triglycerides. Triglycerides are blood fats that can cause cardiovascular disease. The higher the reading, the higher the risk.

The Irish company had applied also to use the drug in treating people with lower, but still very high, levels of triglycerides but this was blocked by the FDA.

FDA rules forbid drug companies from promoting what are called “off label” uses for their drugs - i.e. using them in ways or for conditions not specifically approved by the FDA – although there is nothing to stop doctors prescribing off label.

Failure to secure the wider market approval for its drug had badly damaged Amarin’s stock market position. The difference is a potential market of 35 million patients against a market for its current approval of four million.

Following a series of discussions, the company decided to initiate a rare Constitutional challenge, arguing the FDA’s muzzling of its efforts to communicate truthful information to doctors breached the company’s First Amendment right to free speech.

The company said it wanted to share with doctors the positive results of a 2011 study on the impact for the larger patient group and other information about “supportive but not conclusive” research that its drug could reduce coronary disease.

In a responding brief to the court before a day of oral evidence last month, the FDA accused the Irish company of launching a “frontal assault” on the framework for drug approval.

Success for Amarin “has the potential to establish precedent that would return the country to the pre-1962 era when companies were not required to prove that their drugs were safe and effective for each of their intended uses”, the FDA warned.

The preliminary order means that Amarin can promote the pill to doctors for off-label use as long as it does so truthfully and in a way that does not mislead..

“This lawsuit is based on the principle that better informed physicians will make better treatment decisions for their patients,” said Amarin chief executive John Thero. “Many physicians are aware of the efficacy data included in FDA-approved labelling for Vascepa but are not aware of efficacy data from the [larger 2011] Anchor study of Vascepa.

“Amarin will now be able to communicate efficacy data from Anchor and other relevant study results to these physicians and to others in the medical community in the context of appropriate disclaimers.”

The ruling is still preliminary and can be appelaed within 60 days.

Shares in the company rose over 15 per cent following the news. – Reuters