Dispute relates to alleged failure to repay a €1.239m loan that it owed Michael O’Connor 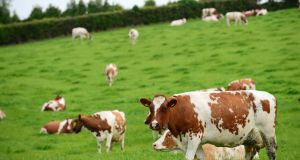 Enfer rose to prominence in the early 1990s when it developed a test for BSE, or so-called Mad Cow Disease. Photograph: Ciara Wilkinson

Enfer Technology Unlimited Company, part of the Louis Ronan-controlled Enfer group, is facing legal action from the estate of co-founder, Dr Michael O’Connor, for alleged failure to repay a €1.239 million loan that it owed the businessman, who died in 2016.

Enfer, which Dr O’Connor, a qualified vet, helped establish, rose to prominence in the early 1990s when it developed a test for bovine spongiform encephalopathy (BSE), or so-called Mad Cow Disease.

It describes itself as a group of companies providing a range of products and services to the veterinary diagnostic industry. It sponsored Tipperary hurlers from 2002 to 2010.

The High Court is due to begin hearing Dr O’Connor’s estate’s case against Enfer Technology Unlimited Company on January 20th. Court records show that the proceedings were initiated in May 2019.

Enfer had paid more than €50 million in dividends by the time it went unlimited a decade ago. The company’s switch to unlimited status means that shareholders are personally liable for debts should it go bust. Some reports have estimated Mr Ronan’s wealth at €70 million.