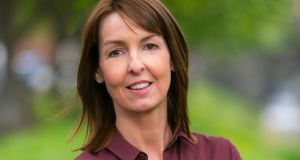 Sandra Gannon, chief executive of Azure Pharmaceuticals: 178 products are listed as out of stock amid fears the figure could grow post-Brexit. Photograph: Naoise Culhane

Pharma industry veteran Sandra Gannon has set up a new business to tackle supply shortages of common drugs in Ireland.

Ms Gannon, formerly the head of generics giant Teva in Ireland and chairwoman for the generics industry lobby group, said medicine shortages have been growing in Ireland in recent years.

Azure Pharmaceuticals, the company she has established with former Teva colleague Aideen Kenny, is looking to step into a gap created when larger pharma companies decide that it is no longer worth investing in older, off-patent products.

“We want to fill gaps in the medicines market here – those left when products become too old and low value to be of interest to multinational pharma companies,” she said.

Ms Gannon notes the Irish regulator, the Health Products Regulatory Authority (HPRA), currently lists 178 products as out of stock and there are fears the figure could grow post-Brexit as supply-chain issues become more acute. A list managed by the Irish Pharmaceutical Union lists more than 300 products that it says are not currently available for a variety of reasons.

For patients, Ms Gannon says, shortages are more than an inconvenience, they can have detrimental impact on treatment regimes. And for the Health Service Executive, out-of-stock medications force the health authorities to turn to often more expensive unlicensed medicines.

To address the issue, Azure has established strategic partnerships with a number of global drug manufacturers to reintroduce medicines that have disappeared from the Irish market and to offer an alternative to the single-supply issue.

Azure says the reaction to its arrival from pharmacists has been “overwhelmingly positive”.

“Dealing with medicine shortages or sourcing unlicensed medicines is time-consuming for pharmacists and costly to the State,” Ms Gannon said.

When a drug comes off patent, there are generally a number of suppliers looking to enter the market to compete. However, with the lower prices and profit margins available on generics, the number of suppliers tends to reduce over time, often leaving just a single supplier in place for a given product.

That leaves supply vulnerable to any glitch at possibly a single manufacturing site – such as a production line shutdown or a product recall. Seeking to cut costs, producers often relocate the manufacture of active ingredient in these medicines to lower-cost facilities in China and India but these plants have seen higher rates of product recall.