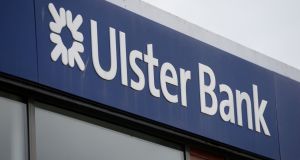 The transfer of Ulster Bank’s Northern Ireland business to parent company NatWest has been approved at the High Court in Belfast.

A judge gave permission for the scheme after confirming all legal requirements were met and identifying no adverse impact on the few objectors.

Ulster Bank made the court application in advance of the planned May 3rd switchover date. The transfer of the Northern Ireland business to NatWest is aimed at simplifying its structures.

Customers will not see any changes to everyday services, with Ulster Bank’s branding and branch network being maintained.

As part of the legal process under the Financial Services and Markets Act, notices were published in UK newspapers, as well as the London, Edinburgh and Belfast Gazettes.

Ruling on the application, the judge set out Ulster Bank’s long history, from its beginnings in the early 19th century to its current position within the NatWest Group.

Eight objections to the transfer scheme were put forward, the court heard.

Only two of those who expressed opposition are understood to be customers of Ulster Bank Ltd.

One of the objections involved a customer taking legal action against Ulster Bank Ltd.

But Mr Justice McFarland noted that the claim would continue and could, if successful, be enforced against NatWest.

Publicity about the planned move and court proceedings was undertaken in accordance with the statutory requirements, the judge held.

“I am satisfied that the people impacted by the transfer – customers, employees and interested third parties – have been properly advised and in terms which are readily understandable,” he said.

Describing the formal objections as very small in number, he added: “This has to be seen in the context of a bank which has in excess of 600,000 customers.

“Despite their expressed concerns, none of the objectors will be adversely affected by the transfer scheme.”