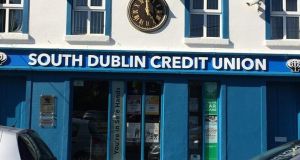 Members of South Dublin Credit Union, which has branches in Stillorgan and Donnybrook, have been urged to borrow more money from the institution to ensure its survival.

“Thus, it is important that we increase our lending,” he said. “I emphasise, to survive we need to lend more, so any members thinking about borrowing next year, your first stop should be to your credit union.”

Its investments amounted to €29.6 million at the year end, down from €37.8 million a year earlier.

South Dublin approved 1,162 loan applications last year, with a combined value of €6.6 million. Interest rates on its loan products (it does not offer mortgages) range in price from 5.5 to 10.5 per cent APR.

“This reflects members returning to and commencement of repayments on charged off loans,” the report states.

Its provisions for bad and doubtful debt stood at €721,015, a figure the board described as “extremely prudent”. The credit union’s reserves amounted to €9.4 million, which represented some 15.6 per cent of its assets.

South Dublin is one of the biggest credit unions in the State with 11,898 members. The annual report notes that its regulatory levy declined marginally to €71,004 while its share and loan insurance fell by 0.3 per cent to €140,984.