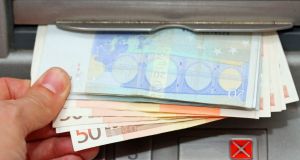 The banking industry has launched an awareness campaign highlighting the scale, dangers and consequences of ‘‘money mule” fraud to both young people and their parents

More than €12 million has been channelled through the bank accounts of Irish people this year as part of complex scam operations, according to figures from the Banking & Payments Federation Ireland.

As many as 1,000 incidents of so-called “money mule” transactions totalling in excess of €12 million have been recorded so far in 2020, with 98 per cent of them connected to the bank accounts of people aged between 18 and 24, the BPFI’s FraudSmart data indicates.

A money mule is a person who – often unwittingly – allows their bank account to be used by organised gangs to help launder the proceeds of crime.

They tend to be approached by recruiters and asked to allow their accounts to be used for a transaction in exchange for a fee of a few hundred euro. Young people are often targeted for the schemes.

A survey carried out by the BPFI found that 36 per cent of 18- to 24-year-olds said they would be likely to lodge or transfer money on behalf of someone else using their own bank account in exchange for keeping some of the money, while more than one in four said they knew someone who had been approached to act as a money mule.

The survey also found that 44 per cent of the cohort had never heard of the term money mule, while only 18 per cent of parents of teenagers surveyed said they had discussed the issue of money mules and the risks with their children.

The figures come as the banking industry, through its FraudSmart initiative, launches a major awareness campaign highlighting the scale, dangers and consequences of this fraud to both young people and their parents.

“Criminals are relentless in their pursuit of money mules as they seek to move stolen money, and very often present themselves online as prospective employers who can help young people make money through the use of their bank account,” said Olivia Buckley of FraudSmart.

“We’re encouraging parents and children to have this important conversation and to be on heightened alert, especially as young people make their way back to college.”

She said teens were particularly at risk because they were targeted on social media “in what appears to be a friendly approach by the criminal and attracted by the prospect of ‘easy’ money in return for something which appears as simple as using their bank account to lodge or transfer money”.

She stressed that it was essential for young people to be aware of the risks of money muleing, and for parents play a role in talking to their children about the dangers and consequences of money muleing.

“It is not a way to make easy or fast money, and if your child gets involved, knowingly or unknowingly, they are participating in money laundering which is a criminal offence and can carry up to 14 years’ imprisonment. The consequences are serious, and can have a lifelong effect,” said Ms Buckley.