Group will also spend £20m for pay rises for other staff 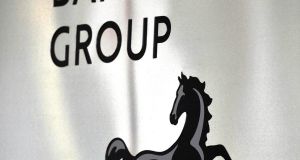 Lloyds Banking Group is planning to cut the pay of its chief executive by more than £220,000 (€257,445) while spending £20 million on pay rises for the rest of its staff, as the bank moves to address criticism of its generous executive pensions policy.

António Horta-Osório, Lloyds’s chief executive, receives a pension allowance worth 33 per cent of his salary, compared with an average contribution of 13 per cent of salary for the rest of the lender’s 65,000 employees.

Lloyds, which also owns the Halifax, Bank of Scotland and Scottish Widows brands, has told shareholders it plans to give all staff an annual pension contribution equivalent to 15 per cent of their base salary from next year, according to people briefed on the discussions.

The change would reduce Mr Horta-Osório’s allowance by about £228,000, based on his 2019 salary. The bank is yet to finalise its broader remuneration policy, but two people briefed on the shareholder discussions said it was not intending to offset the pension reduction with other pay increases.

The chief executive received total pay of £6.3 million in 2018. For this year, he will be paid a guaranteed £2.8 million, plus bonuses.

Mr Horta-Osório was one of several industry executives who came under fire from MPs and campaigners earlier this year after new governance guidelines came into force recommending that executives’ pension contributions should be brought into line with the majority of employees.

S tuart Sinclair, the head of Lloyds’ remuneration committee, said in June that “we’re at an inflection point in British pay”, and said the bank would be “very conscious” of the demands for convergence as it designed its new policy.

Lloyds previously operated in the Republic through the Bank of Scotland brand but exited the market after the financial crash. It continues to operate in the North through its Halifax network.

1 How much state pension will I get next year?
2 Up or down – how much is your Local Property Tax this year?
3 Am I crazy to consider switching to an Ulster Bank mortgage?
4 Fall in mortgage drawdowns, Brexit threat to services, and advice on your pension
5 Mortgage drawdowns fall by almost a third
6 Brexit to curb services trade with UK, accountants group warns
7 Tesco takes to the skies with home delivery by drone
8 Ulster Bank to introduce new card payment controls on app
9 How long can Government afford to keep State pension age at 66?
10 Stocktake: Tesla profitable, but still expensive
Real news has value SUBSCRIBE