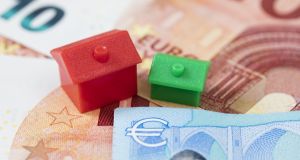 Irish lender Dilosk intends to enter the owner-occupier mortgage market in the first half of next year, adding to its current offering in the buy-to-let sector.

The company, which bought the ICS Mortgages brand from Bank of Ireland in 2014, told The Irish Times the move into owner-occupier mortgages would be a “natural evolution for Dilosk”.

“ICS was traditionally a specialist mortgage lender focusing on the owner-occupied market and buy-to-let market and it was doing that since 1864, so it’s a natural evolution to go back to that model,” said Fergal McGrath, chief executive and co-founder of Dilosk.

While Mr McGrath could not comment on the finer details of the product or the source of funding, he said it would be offered nationwide and “market wide”, indicating that it wouldn’t just be tailored to any one market segment such as first-time buyers or those trading up.

Dilosk offers interest-only options on its buy-to-let product range but Mr McGrath said that “wouldn’t be suitable” for owner-occupiers.

“I think if one looks at the mortgage market across Europe, the non-bank sector is certainly gaining ground and competing against the more traditional banks, which would have legacy issues and other issues that we wouldn’t have as an alternative lender.”

Mr McGrath said Dilosk had “spent some time” developing systems allowing it to be more efficient, and its focus solely on mortgage lending is one of its unique selling points, he said.

He said the Central Bank’s loan-to-value rules – set at 90 per cent for first-time buyers and 80 per cent for other buyers – had created a level playing field.

His comments come as new figures from the Central Bank on Tuesday showed that new mortgage lending jumped 22 per cent to €3.75 billion in the first six months of 2018.