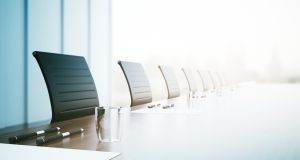 Investors in financial services company IFG overwhelmingly backed the board’s recommendation to sell the group for £1.93 per share at an extraordinary general meeting on Thursday.

The Irish-domiciled but UK-focused company has two divisions, a retirement wealth-planning business and a financial advisory company.

The group has encountered a series of difficulties of late, including the botched sale of the smaller of its two units, Saunderson House, which follows from legacy troubles for which it has made provisions of at least £25 million.

The difficulties, which predate chief executive Kathryn Purves’s tenure, left the company’s share price undervalued, she said, noting that the proposed sale, which values the group at £206 million, was the best way forward.

In a trading update on Thursday morning, the group said customers added improved just 0.14 per cent in the first quarter while assets under administration rose 3.2 per cent to £26.1 billion. It added that James Hay, the wealth management arm, has 59,000 customers while Saunderson House serves 2,385 clients.

Ms Purves expects the deal with UK-based private equity group Epiris to close by the second half of this year, although this will be dictated by the UK regulator the Financial Conduct Authority, which has a window of at least 60 days to scrutinise the deal.

Asked whether the company had other offers, Ms Purves said: “We’ve been very open in the past year that we’re looking at a range of options for the group ... Had [another] offer been attractive we would have been speaking to shareholders about that.”

Since information about the sales process was made public, institutional investors have been building positions in IFG including UK hedge fund Sand Grove Capital Management, which now holds a 12.4 per cent interest in the group.

She added that in the circumstances, had the board changed its recommendation to shareholders to accept Epiris’s offer or accepted a higher offer, it would have been forced to cover the private equity company’s advisory fees up to a maximum of £2 million.

At its annual general meeting, also held on Thursday, all resolutions were approved.