Gardaí to get tool to catch uninsured drivers 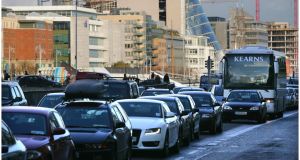 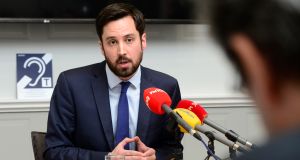 Gardaí will be able to capture uninsured drivers by automatic number plate roadside checks from the end of September, the Minister of State for Financial Services, Eoghan Murphy, has confirmed to The Irish Times.

The new system will be extended later and see insurance companies sharing data on insured drivers with gardaí. Later again, data about fleet vehicles will be circulated.

Claims relating to uninsured or unidentified drivers account for about 7 per cent of all motor insurance claims in Ireland and cost between €50 and €60 million a year.

The insurance database is one of the key recommendations in the Cost of Insurance Working Group Report, which was published in January with 71 action points.

These include the establishment of a Personal Injuries Commission (PIC) to research recommendations in relation to bodily injuries and claims settlements.

Former president of the High Court Mr Justice Nicholas Kearns has been appointed as chairman of the 11-strong PIC board, which includes representatives from the insurance industry, legal and medical sectors, and from State agencies.

The PIC has held two meetings already and will meet monthly for the rest of this year, producing three reports by the middle of 2018. It is examining research on the grading of minor injuries.

It is also examining the adoption of consistent approaches for the diagnosis and evaluation of injuries. Next month, it is due to begin evaluating options for the use of a medical panel to assist in court cases.

Dr Noel McCaffrey of Dublin City University has also been asked to submit a paper on objective tests for whiplash and how these could be used to categorise severity.

Mr Murphy’s interdepartmental group has also expanded its work to include employers’ liability and public liability to counter fraud against businesses.

He said many SMEs have complained to Government that claims against them were being settled too quickly, while some people were lodging claims for similar injuries against against multiple companies.

There is also evidence of some SMEs self-insuring, which he said was a “worry” as it could “affect their businesses down the line”. “If I can get hard evidence from the business community on these issues then, with the assistance of the Law Society, I will see how they can be addressed,” he said.

1 Opioid executive admits to ‘no morals’ ahead of prison term
2 South Dublin Credit Union members urged to borrow more to ensure survival
3 RTÉ’s multiple lobbying meetings with politicians
4 Farmer seeks to challenge €3.6bn Intel plan in High Court
5 Who are Ireland’s 17 billionaires?
6 My father in a nursing home wants to gift me his house
7 Ireland v the rest of the world: Do we pay too much tax?
8 Ryanair wants Irish courts to block Skyscanner from selling its flights
9 Fallon & Byrne founders McHugh and Byrne exit group
10 Cathay Pacific to resume Dublin-Hong Kong flights in March
Real news has value SUBSCRIBE