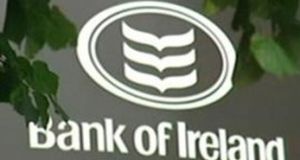 Audiotonix’s equipment has been used on tours by bands including U2 and Coldplay. Bank of Ireland and the other lenders would ordinarily have sought to sell a large portion of the debt to institutional investors

Bank of Ireland is reportedly among lenders to have been caught out by a sudden freezing of a market for debt associated with leveraged company buyouts, as financial markets grapple with the economic consequences of Covid-19.

A group of lenders led by Bank of Ireland has been left holding about €370 million of debt relating to French private equity firm Ardian’s acquisition of Audiotonix, a London-based maker of mixing consoles used in music and broadcasting, according to Bloomberg.

Audiotonix’s equipment has been used on tours by bands including U2 and Coldplay.

Bank of Ireland and the other lenders would ordinarily have sought to sell a large portion of the debt – or what’s known as syndication – to institutional investors.

The loans represent only a tiny sliver of more than $30 billion (€28 billion) in junk-rated debt that lenders may be forced to take onto their balance sheets this quarter if the market remains fragile, according to Bloomberg.

And while the exposure is a fraction of the commitments they held heading into the 2008 financial crisis, it nonetheless risks consuming precious capital just when banks need it most.

A spokesman for Bank of Ireland declined to comment. The bank’s latest annual report does not break out the size of its acquisition finance loan book within its corporate and treasury division, which had a total portfolio of €16.4 billion at the end of December.

Irish banks’ level of leveraged buyout loans is relatively small by international standards. However, Dublin’s IFSC is host to esoteric vehicles for repackaged loans of highly-indebted companies internationally, and could be caught up in a global financial shock if corporate default rates spike.

US and British private equity firms and asset managers have driven a boom in collateralised loan obligations (CLOs) vehicles in Ireland in recent years. These repackage pools of corporate loans into bonds that are sold to investors.

Total assets in Irish-based CLOs spiralled to €78 billion in the first quarter of 2019 from €15.7 billion five years earlier, the Central Bank said in a paper published in December.

An estimated two-thirds of the outstanding value of European CLOs is now domiciled in the Republic, according to the paper, which focused on Ireland’s shadow banking industry.

While the prospect of a shadow-banking entity in the IFSC imploding would cause more reputational damage than a direct cost for Irish taxpayers, Central Bank governor Gabriel Makhlouf set a priority as he took over late last year on assessing the risks in the sector, including parts, such as CLOs, that are not regulated.