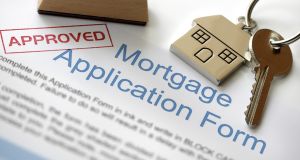 A couple who were in default on their mortgage five years ago have received €10,000 in compensation after settling a dispute with their bank on the addition of legal fees to their loan, according to the Financial Services and Pension’s Ombudsman’s (FSPO) review of complaints for 2019.

The case is one of a number highlighted in the FSPO complaints report, published on Tuesday, which showed that the office received 5,275 complaints in 2019, its second year in operation, and closed 4,569 cases.

Of 439 cases that were subject to legally binding decisions by the FSPO, Ger Deering, 201 were at least partially upheld.

Ulster Bank had 21 complaints at least partially upheld against it last year, topping the list of financial firms taken to task by the FSPO. Irish Life ranked second, with 20 cases, followed by Permanent TSB (13), Bank of Ireland (11), and AIB’s EBS unit (8).

The couple in the legal-fees dispute, named as Rob and Victoria, were identified by their lender in 2013 and 2014 as “non-cooperating” borrowers in default. They had built up arrears of more than €25,000 by 2015, but cleared these by way of a number of instalments that year, with the help of family members.

The couple subsequently learned that their bank, which isn’t named in the report, had added its legal fees to their mortgage account without them being given the opportunity to pay these off or dispute their liability.

The couple accepted an offer from their lender in early 2019, after mediation had failed and the FSPO had begun investigating the case, that they be refunded legal fees of €802, interest of almost €92, and given “a general compensatory figure of €10,000”.

Mr Deering was not in a position to comment on whether the compensation figure took other factors into consideration, as it resulted from a settlement agreement.

The Central Bank moved last October to order mortgage lenders not to impose legal fees and other charges on borrowers in arrears who are co-operating with their bank. The regulator said that such fees could not be charged ahead of a decision by a court on whether to repossess a property, or of a settlement between the two parties.

Some 58 per cent of all 5,275 complaints received by the FSPO last year related to banking products, with mortgage complaints accounting for 30 per cent of the total.

Of the 4,569 complaints that were closed last year, 2,154 were closed through the office’s dispute-resolution service.

“The publication of the Overview of Complaints 2019 is taking place at a time when Ireland is responding to the huge challenges posed by COVID-19,” Mr Deering said.

“The FSPO has implemented our business continuity plan and continues to operate, while adhering to all Government and HSE guidance and regulations, providing a service to complainants and processing complaints in accordance with our procedures and standards. The FSPO will deal with any complaints arising from the current situation in the normal way.”