Ciarán Hancock: Lenders’ chance to do the right thing on trackers 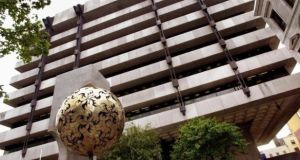 At present, 15 mortgage lenders past and present in the Irish market are involved in an in-depth review of their tracker mortgage books following a direction by the Central Bank of Ireland late last year

At least, that’s how financial adviser Padraic Kissane would characterise the situation.

Kissane has hundreds of cases on his books involving people with mortgages who were denied a tracker rate by their lender over the past decade and who want redress. In some cases, people were denied their contractual rights while in others it’s a transparency issue around whether customers were properly informed about the consequences of them making certain decisions.

These resulted in them having to make higher monthly repayments to their banks, a situation that tipped many of them over the edge when the economy crashed and they either lost their job or had their income slashed.

In many situations, the stresses and strains involved led to relationships breaking up and homes being repossessed.

In most cases, the banks rebuffed representations from the customers as to their entitlements.

At present, 15 mortgage lenders past and present in the Irish market are involved in an in-depth review of their tracker mortgage books following a direction by the Central Bank of Ireland late last year.

The review applies to both family homes and investment properties from when the lenders began offering such mortgages up to the end of 2015.

This move by the Central Bank came just months after State-controlled Permanent TSB acknowledged that “failures” had been identified in 1,372 tracker mortgage cases with the result that it set up a redress scheme.

It could be argued that PTSB’s contrition only came about following the intervention of the Central Bank. Up to that point, it had rejected the claims made by the tracker customers and in a handful of cases was prepared to go to the Supreme Court to vindicate its position.

The bank has since set aside €145 million to meet the costs of this redress programme.

PTSB’s scheme includes the affected customers being offered the tracker rate that should have been applied back in the day. Intuitively, you would think that these should be dirt cheap given that they are pegged to the ECB’s main rate, which is currently at zero and, according to PTSB’s own figures, the average tracker rate applied to customers at the end of 2015 was a puny 1.2 per cent.

However, 358 redress customers were shocked to discover that the rates they are going to be charged are either 3.3 or 3.4 per cent.

This is down to the timing of when they came off their fixed rates and were entitled to trackers. In these cases it was after the financial crash in 2008 when PTSB had jacked up its rates. All of this is likely to get an airing at the bank’s AGM next week.

By Kissane’s calculations, State-owned AIB has about 3,000 potential cases on its books, while Bank of Ireland has about 2,500, including a large number of staff.

We know that AIB estimates its redress bill at €105 million and has 300 staff working on the project, while Ulster Bank has set aside €5 million to meet the costs of its review. AIB will no doubt be keen to get this issue sorted in advance of its proposed stock market IPO.

It has been reported that, while the banks accept they will have to offer redress – a reimbursement to customers for any overpayments made due to their errors while also applying the correct tracker rate going forward – they are resisting having to make compensation payments.

In a statement issued to me yesterday, the Central Bank said the “principles” regarding its expectations when a tracker mortgage-related issue is identified include “stopping further detriment to impacted customers, redress and compensation”.

“In addition to redress, our expectation is that compensation will be reasonable and reflect the detriment involved arising from and/or associated with being on the incorrect rate,” the Central Bank added.

It remains to be seen if the lenders left standing in the Irish market – AIB, Bank of Ireland, KBC, PTSB and Ulster Bank – will challenge the Central Bank on compensation or simply take the hit and file it away under legacy issues.

What is clear is that they now have a golden opportunity to prove Kissane wrong by doing the right thing by their customers.