Some 1,750 claims by and against Setanta policyholders remained in existence after liquidation 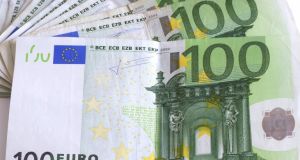 The High Court had decided the MIBI had to pay out after it was asked to determine whether the MIBI or the Insurance Compensation Fund, used until now to cover the claims of insolvent insurance companies, was liable for the claims.

Irish motorists are likely to face an average once-off insurance premium hike of €50 following a court ruling which forces the Motor Insurance Bureau of Ireland (MIBI) to assume €90 million in liabilities from the collapse of Setanta Insurance.

The Court of Appeal unanimously rejected an appeal by the MIBI against an earlier High Court decision that it must pay out on the 1,750 outstanding claims left in the wake of Setanta’s liquidation in 2014.

“Today’s judgment immediately adds a further €90 million in costs to the entire insurance sector arising from the liabilities of Setanta Insurance,” the MIBI said.

“ This adds to the current volatility in the insurance market generally, which is already under significant pressure from the increased cost of claims,” it added.

Because the Setanta loss must be met out of the MIBI, insurers will have to levy customers upfront to pay the bill. Industry sources estimate that this will lead to an average once-off premium hike of €50 on an average annual premium of €650 to 700 until the €90 million in liabilities has been met.

The MIBI had argued it should not have to pay out the claims and asked the appeal court to set aside a High Court decision it must pay out on Statanta claims .

The Law Society, in opposing the appeal, said it was envisaged, in all the various agreements governing the MIBI since it was established in the 1950s, it would have to pay out if a member became insolvent.

On Wednesday, the president of the Court of Appeal, Mr Justice Sean Ryan, Ms Justice Mary Finlay Geoghegan and Mr Justice Gerard Hogan unanimously rejected the appeal. It also directed that the sides should pay their own costs of the case.

The actual liability of the MIBI to individual claimants will have to be decided on an individual basis, the three-judge court directed.

In his judgment, Mr Justice Ryan, said he could not find evidence the proposed liability represents “a catastrophic consequence” which could not be countenanced by any prudent insurer. However, he was impressed by evidence from senior management figures in major motor insurance companies the obligation to indemnify in sch cases presents a “very serious problem”. He agreed with the High Court it “may well be time” for changes and better regulation in the EU.

The High Court had decided the MIBI had to pay out after it was asked to determine whether the MIBI or the Insurance Compensation Fund, used until now to cover the claims of insolvent insurance companies, was liable for the claims.

Patrick O’Brien, MIBI chief executive said the ruling had significant implications for the group and the wider motor insurance industry. “For that reason, we will be seeking urgent discussions with the incoming government to clarify the respective roles of the MIBI and the Insurance Compensation Fund, in the eventuality of further insolvencies in the insurance sector.”

Also, speaking about the Court of Appeal decision, Kevin Thompson, chief executive of Insurance Ireland said: “We appreciate and sympathise with the difficulties experienced by claimants who were left stranded by the liquidation of Setanta Insurance. However, we don’t support the concept of the sector being guarantors for less prudent operators.

“The role of the MIBI is to compensate the victims of uninsured or untraced drivers, for example, when someone who has deliberately not purchased motor insurance has gone on to injure someone in a road traffic accident.

The MIBI is operated under the terms of an agreement between the Government and those companies underwriting motor insurance in Ireland to deal with claims related to uninsured drivers.

Following Setanta’s liquidation approximately 1,750 claims by and against Setanta policyholders remained in existence.

The case was initially brought by the Accountant of the Courts of Justice who has statutory responsibility for administering the Insurance Compensation Fund.

The High Court later directed the Law Society act as the claimant and the MIBI should be the respondent. The Accountant of the Courts of Justice was neutral in the proceedings.