The network processed hundreds of millions of US dollars 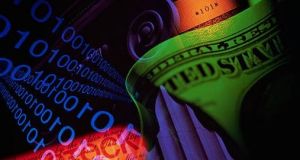 The report, filed by Standard Chartered Bank of New York to the Financial Crime Enforcement Network in Virginia, US, says the money-laundering network was “used by wealthy oligarchs, businessmen and criminals alike”

A mailbox address in Belfast was used by one of the account holders in a Russian money-laundering network that processed hundreds of millions of US dollars, according to a leaked report seen by The Irish Times.

The report, filed by Standard Chartered Bank of New York to the Financial Crime Enforcement Network (FinCEN) in Virginia in the US, says the network was “used by wealthy oligarchs, businessmen and criminals alike”.

Sixteen “potential core companies”, of which the entity with an address in Belfast was one, were involved in 368 transactions, Standard Chartered found as part of an internal investigation into the network.

Drayscott Overseas LLP, of 21 Botanic Avenue, Belfast, was incorporated in 2013 and dissolved two years later without ever filing accounts to the UK’s Companies House. It had two designated members – ie owners or controllers – who were both companies registered in the Marshall Islands.

It is not known who the true owners of the company were. The leaked report does not say how much money went through the Draycott account, or where it had its bank account.

The Belfast property is the address of Mail Boxes Etc, a franchise business that offers a mailbox service, but also lets companies use the building as their registered address, for £385 a year.

“We can forward mail, but there is an extra charge for that,” its manager Sean Hughes said, adding there was no record of Drayscott ever using the registered address service it offers.

“We do get a lot of undesirable people using our address without paying. We call them squatters. It happens all the time.”

Mr Hughes said the “squatters” often do not pay because they do not want to go through the identification protocol that his business requires.

He said the business is contacted by the authorities on a regular basis as part of criminal investigations into entities that were using the address. “It’s usually some kind of fraud. Occasionally it’s drugs, but that’s very rare.”

In the leaked report Standard Chartered Bank said it was reporting the Drayscott transactions and those of the other potential core companies because of “suspected public/private corruption (foreign)”.

Being cited in a FinCEN suspicious activity report is not proof of criminal activity. It arises when the activities of the client have given the bank cause for concern.

The leaked report is part of the FinCEN Files, a project organised by the International Consortium of Investigative Journalists (ICIJ) and based on leaked reports from FinCEN that were shared by BuzzFeed News with the ICIJ and its media partners, which include The Irish Times.

The FinCEN report that mentions Drayscott also cites entities in Edinburgh, Auckland, Belize City, London, Road Town (the capital of the British Virgin Islands) and Glasgow as being linked to the alleged money-laundering network, which involved banks in a range of jurisdictions.

Standard Chartered Bank in the US was supplying correspondent bank services to non-US banks that were being used by the alleged network for the purposes of dollar transactions. The limited liability partnerships (LLPs) cited in the report were not its clients, but those of the non-US banks.

The US bank said it was filing the data because of reports in the public domain relating to a money-laundering network – a “laundromat” – that originated in Russia and Moldova, and involved Moldindconbank in Moldova, and Trasta Kormercbanka in Latvia.

The two banks transferred funds “from Russia to known tax havens and ultimately… to the true beneficiary”.

The scheme involved fictitious loan agreements between Russian businesses and Moldovan citizens, and rulings by Moldovan judges that were “under the influence of the money launders”, the report says.

“The funds were then remitted to the Latvian bank (Trasta Kormercbanka), which then commenced the process of layering through subsequent transactions before reaching the ultimate beneficiary at an offshore tax haven.”

The Latvian bank’s licence was revoked in 2016 by the European Central Bank because of persistent involvement in serious violations.

A number of LLPs that feature in the leaked FinCEN reports have their registered address at 21 Botanic Avenue in Belfast.

Plainton Ventures LLP, which was incorporated in 2014 and dissolved the following year, had its registered address there, Companies House filings show.

Like Drayscott, it had two corporate designated partners with addresses in the Marshall Islands, and did not make any filings at Companies House other than to file its incorporation document (citing the Botanic Avenue address).

The LLP was cited in a December 2014 suspicious activity report filed by Deutsche Bank Trust Company of Wall Street, New York, where transfers totalling more than $21 million and involving Plainton were recorded as having occurred in the period July 8th, 2014, to November 17th, 2014.

The LLP’s accounts were with a bank in Latvia, ABLV, that collapsed after FinCen issued a report in 2018 accusing it of being involved in money-laundering and saying it was intended to prevent it from having a correspondent bank relationship with any US bank.

Mr Hughes said his business did have a record of Plainton using its registered address service in 2015. He said it would not be appropriate to say who had paid for the service.

1 Ryanair and Eir the worst for customer service during Covid crisis
2 What to consider if older person or loved one needs care at home
3 Fair deal? Family at odds with hospital and each other not so sure
4 ‘Essential’ retailers risk a firestorm if they exploit the closure of the ‘non-essential’
5 PlanNet21 eyes further acquisitions after buying rival eCom
6 Glenveagh attracts growing hedge-fund interest
7 Level 5 restrictions risk pushing economy into double-dip recession
8 INM inspectors write to former directors in ‘inside information’ inquiry
9 Tinnitus group Neuromod raises €10.5m for expansion
10 Cabinet to agree on implementing EU travel plan
Real news has value SUBSCRIBE