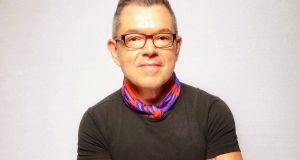 Kevin Bodenham, owner of Moyo Hair and Beauty in Dublin 2.

Kevin Bodenham thought he was acting responsibly when he contacted his bank to arrange extra finance for his hairdressing business as Covid-19 threatened.

Mr Bodenham, who has run Moyo Hair and Beauty in Dublin 2 since 2008, is one of a vast number of businesses affected by the crisis. But he assessed the risk early on and decided to move quickly to ensure his business’s long-term prospects weren’t at risk.

“I thought to myself I should get my ducks in a row and shore up some extra finance for the business,” he said, adding that the best way to do this was to increase his overdraft facility from €5,000 to €15,000.

On March 18th, he first tried to contact his lenders AIB, his bank for 12 years. Over the subsequent days, unable to reach the bank by phone, he visited its Grafton Street branch. But it was only on Tuesday morning of this week that he got a call back from AIB after having had to provide a massive amount of support documentation.

But even then, Mr Bodenham, who has put staff on temporary layoff, stopped his own salary and frozen his pension contributions, said the bank told him central approval could take up to 15 days – more than a month since he initially approached AIB.

AIB said it could not comment on individual cases but added: “We apologise to the customer in question, and have been in contact to work with them on a solution.

“We apologise to any customers impacted by delays they are experiencing and thank them for their patience while we work with them on solutions,” a spokesman for the bank said, adding that it was receiving a higher volume of calls than usual.

Mr Bodenham confirmed that, when this newspaper contacted the bank, it expedited approval of his overdraft facility, “which is a great result but unfortunate that it required such drastic steps”.

He has not been as fortunate in persuading insurer Aviva that his policy should cover him for business interruption. “Aviva is saying this type of thing isn’t covered,” he said.

A spokeswoman for Aviva said business interruption cover “is generally not intended to provide cover for a global pandemic such as Covid-19”.

“Only a very small minority of businesses have chosen to buy any form of cover that includes local closure due to an infectious disease. As a result, the majority of standard business insurance policies, including those offered by Aviva, do not provide cover beyond physical damage to a premises that renders the business unable to continue trading.

“We cannot pay claims for risks that have not been priced or covered in our policies,” she said. “However, we are very mindful of our commitments to the customer and will adjudicate each claim fairly and consistently in line with the policy terms and conditions.”