‘We begged, borrowed, scraped and fought to source finance’ 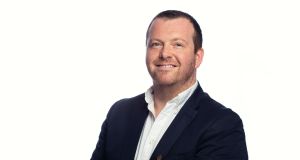 Matt Ryan of Press Up Entertainment

Matt Ryan’s first foray into the hospitality business was 12 years ago when he, along with business partner Paddy McKillen jnr, took over the management of Captain America’s restaurant on Grafton Street and expanded the brand to Tallaght.

Since then, the pair have gone on to launch Press Up and build a portfolio of 42 businesses including hotels, restaurants, bars and high-end cinemas. Ryan, the chief operating officer of Press Up, is also a director of property company Oakmount and Pure Fitout based in Belfast.

The UCD French and Spanish graduate has, in his role, restored buildings like the Lucky Duck on Dublin’s Aungier Street and the Stella Theatre, a 1920s cinema and ballroom in Rathmines.

Having expanded significantly in Dublin, the group is now taking on markets outside the capital, with the Dean Galway and the Dean Cork hotels both due to open between 2020 and 2021. Added to that is its pipeline of five hotels, two more cinemas and two bowling alleys as well as more restaurants.

And while Ryan is undoubtedly busy building Press Up into a hospitality and entertainment behemoth, he’s also kept busy in his spare time farming in Wicklow on his own land.

I caught the bug for the fast-paced hospitality industry and customer service as soon as I started in Captain Americas, a business which had been built on its people who really made the whole experience. Paddy and I knew the potential for introducing new and unique concepts to the scene, so we set about doing it.

Retaining and developing the core management team over 12 years, and seeing this team successfully lead the charge on what was our busiest year to date in 2018, with the opening of eight new venues. The growth of Press Up has only been possible because of our incredible people.

We decided to expand and bring new concepts to market during the recession years, opening The Garage Bar and The Workman’s Club in 2010, followed by The Vintage Cocktail Club, Bison Bar & BBQ and Everleigh in 2012.

Getting access to finance during this time was extremely tough, we were a young, infant company in a down market, so the banks didn’t want to look at us. This meant that we begged, borrowed, scraped and fought to source finance from every possible avenue.

The opening of The Dean in 2014. The Dean is a design-led hotel concept, complete with rooftop restaurant and terrace, Sophie’s. There was nothing like it in Ireland and it really put Press Up on the map, and brought a sense of positivity to the industry at a time when things were closing all around us.

Currently our operations are in Dublin and Cork, with further national expansion under way with the scheduled openings of The Dean Galway and Cork in 2020/21. There are plans on the horizon to look at a UK expansion. We have just set up an office in London and are actively looking at opportunities. However, this isn’t a move that we are going to rush into. The market conditions, locations and opportunity need to be right.

How has Brexit impacted your business? Are you still feeling the effects?

To date, we have seen little to no effect. The vast majority of our purchasing is Irish or via EU countries. Across the hotels, we have pre-empted a decline in UK business and shifted focus towards targeting growing markets across the EU and North America to combat any potential loss.

1 Sean Quinn stunned at rebranding of Quinn Industrial Holdings
2 Probate is changing: What does that mean for you?
3 Will tracker mortgage be at risk if Ulster Bank closes?
4 Dublin Aerospace takes over Flybe’s aircraft servicing base at Exeter Airport
5 Irish golf tourism faces ‘wipeout’ unless Covid travel restrictions eased
6 Irishwoman Adrienne Gormley joins N26 as chief operating officer
7 Three Ireland switches on 5G network around the country
8 Swedish newspaper eyes best financial result this century
9 Me & My Money: ‘Money can’t buy you happiness but it can make life a lot easier’
10 Is mortgage arrears tsunami warning likely to be wrong?
Real news has value SUBSCRIBE