Government launches plan to create more than 220,000 jobs in Ireland 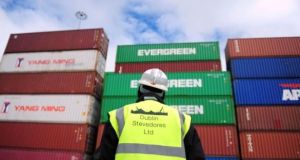 The 10-year jobs and enterprise strategy is aimed at ending the cycle of boom and bust and delivering sustainable, export-based jobs growth

The Government has announced a new plan to significantly boost employment levels over the next five years.

Enterprise 2025 aims to create 221,300 additional jobs by 2020 to bring the total number of people at work to its highest ever level.

The 10-year jobs and enterprise strategy is aimed at ending the cycle of boom and bust and delivering sustainable, export-based jobs growth.

The initiative targets 2.18 million people in work with the intention of bringing unemployment in each region within one per cent of the State average by 2020.

According to the strategy, the Government is seeking to achieve and retain a top three competitiveness rating for Ireland and to push for a 2.5 per cent productivity growth per annum in Irish companies.

Other targets included in the new plan are a 50 per cent rise in exports by Irish companies over the next five years, an additional 1080 inward investments projects and a 60 per cent rise in the number of Enterprise Ireland-backed firms spending more than €1 million on R&D.

“Enterprise 2025 is a blueprint on how to rebuild a sustainable economy, sector by sector. It marks a definitive end to the boom and bust cycle embraced by previous Governments. While recovery is underway, it is still fragile and can be undone with the wrong policies that will take the country in the wrong direction. Our strategy is to keep the recovery going by building up all sectors in the economy and to ensure that progress is balanced across the country,” said Taoiseach Enda Kenny.

“With these plans we expect to see unemployment in all regions to be within 1 per cent of the national average in every region by 2020. A strong economy with full employment that supports vibrant public services for our people is within our grasp if we make the right choices,” he added.

The new initiative comes after what was a great day for jobs yesterday with tech companies promising more than 1,300 new roles across Ireland.

Apple announced plans to create 1,000 additional jobs as part of an expansion of its Hollyhill plant in Cork, a move that has been warmly welcomed.

Elsewhere, jobs listings website Indeed promised 300 new roles in Dublin, while mobile and social marketing company Swrve said it was to take on 45 employees as it closed a $30 million fundraising round.

The news also comes as recent figures show the unemployment rate is continuing to fall with the latest data showing it dropped to 9.3 per cent last month.

The seasonally adjusted unemployment rate declined from 9.4 per cent in September and from 10.6 per cent for October 2014.

Ireland’s jobless rate compares with a current euro zone average of 10.8 per cent.

According to the latest Central Statistics Office data, the number of people unemployed fell to 203,000 last month, down 1,900 compared to the preceding month and a decline of 24,900 versus the same month a year earlier.

The youth unemployment rate stood at 19.7 per cent for October, down from 20.4 per cent in September.