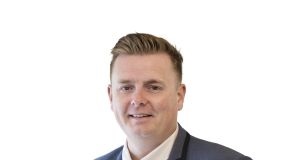 Barry Napier has more than 18 years’ experience in telecommunications along with two successful mergers and acquisitions.

Since acquiring Cubic Telecom in 2008, Napier has expanded the team 10-fold, and closed agreements with more than 60 mobile operators including AT&T, China Mobile, Digicel, Orange, Telstra and Vodafone. Other contracts and partnerships that solidified under his leadership include top Fortune 100 tablet and notebook manufactures, such as HP and Panasonic.

Deal making has been a constant throughout his career and prior to joining Cubic, Napier led deals with Apple, Samsung, Nokia and Telefonica as chief executive of Brightpoint. That company was one in which Napier significantly grew annual turnover from $35 million to $200 million within six years.

Cubic simplifies the complex processes to enable global brands to connect any device or car on any mobile network seamlessly with no user intervention. Now, he supplies to Audi, Volkswagen, Porsche, Qualcomm and Microsoft.

The Dublin-headquartered business now has ambitions to connect more than 50 million devices in 100-plus countries daily over the next three years. In the automotive sector, Napier believes Cubic can be the enabler that helps car companies innovate.

Building a solid team around me (we’re now up to 140 staff) from a base of 35 people in less than three years. I’m proud of our company’s technical capability especially in an environment where you’re competing with big names like Google, LinkedIn and Facebook.

Securing Audi as our customer in 2016 was a massive turning point for Cubic Telecom.

We are a 96 per cent export-driven business and as such have a close working relationship with Enterprise Ireland. However, we are very much plugged into the local business eco-system, benefiting from partnerships with Microsoft Ireland and many of the initiatives undertaken by the Sandyford Business District Association.

Funding is always a challenge for growing technology companies and there were moments when I just had to keep my nerve when cash flow was really tight. In the early days, I wasn’t sure how I might fund the next payroll. I’m glad to say that a pay run was never missed.

Much of our business to date has been in mainland Europe so we are largely unaffected by the impact of Brexit. Similarly, I see the tax reform as part of the Trump administration having more of an impact on foreign direct investment into Ireland as opposed to Irish companies exporting their products and services into the US. However, it will remain critical for us that the US remains open for business to companies like Cubic, which can deliver innovative solutions to their end customers.

Not fully understanding what the customer actually wants and not raising sufficient capital to get the company to the end as it never goes to plan the first time.

What is the single most important piece of advice you would offer to a less experienced entrepreneur?

No is not an option. Don’t give up.

How do you switch off from work? What are your hobbies?

I swim every morning at the 40 foot at 6.30am. And a coffee at 7am in Mugs Café after with an eclectic bunch. This is while the family are asleep so no impact there.