‘I love the excitement of winning deals and building products’ 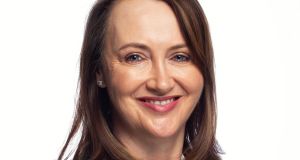 Triona Mullane founded mAdme Technologies in 2013 to provide a customer experience platform for mobile operators around the world.

Since then, she’s grown the company to include customers across the world including in India where its software is enabled on more than 200 million phones. Similar to the software as a service model, the business works on an annually recurring license model, helping mobile operators including Denis O’Brien’s Digicel, Reliance Jio and Celcom communicate with customers on their mobile device.

Prior to founding mAdme, Mullane was chief technology officer of NewBay Software, a company acquired for $100 million (€89 million) in 2011 by Canadian smartphone maker Research in Motion which subsequently became Blackberry.

With offices in Dublin, New York and Mumbai and clients across Asia, the Middle East, North America, the Caribbean and Latin America, Mullane’s business has grown significantly but doesn’t appear to have run out of road given its imminent plans to deploy in five markets in Africa.

Mullane is a non-executive director with Independent News & Media (INM), having joined the board in 2012. A company linked to Denis O’Brien, who until recently was the major shareholder in INM, contributed €250,000 in financial backing for mAdme for a minority stake in the business.

Our software is now enabled on more than 200 million phones in India and we are being used to communicate in a very rich and engaging way with tens of millions of users a day.

Our main “back-to-the-wall” moment was having to scale so quickly with Reliance Jio, which added 100 million new customers in India in 100 days. We were registering between one and two million users a day and our system was under enormous pressure. We had to scale our platform incredibly quickly so there were lots of very late nights and weekends trying to keep up with the scale and demand.

What were the best and worst pieces of advice you received when starting out?

The best piece of advice was to remember that cash is king, profit and loss is an opinion.

What are the big disruptive forces in your industry?

Google, Facebook and Amazon continue to be major disruptive forces in the tech sector generally. However, we work with the mobile operators which have and are building out the core networks on which everything depends.

Have you started to feel the effects of the economic upturn within your sector and industry?

Yes – the competition for resources is the worst it has ever been. We are also finding that we have to allow many more of our employees work from their home countries because the cost of rent is so high in Ireland. However, that has worked well for us and we work hard to keep them part of the team even if they’re physically based in other countries.

What is the most common mistake you see entrepreneurs make and what advice would you offer to a less experienced entrepreneur?

The most common mistake is to over-estimate how quickly your product will be adopted and then run out of cash. Timing is everything. The most important piece of advice is to be careful with timing. If you’re too early and the market isn’t ready, you bleed cash; if you’re too late then you miss the boat. Also, perseverance is key. You need to have perseverance and tenacity but also keep questioning your assumptions, watch the market and, if necessary, pivot.

A competitive spirit. I love the excitement of winning deals and building products for customers all over the world from a small island on the edge of Europe. You really know how small Ireland is when you’re doing work in India with 1.3 billion people.

1 Sean Quinn stunned at rebranding of Quinn Industrial Holdings
2 Probate is changing: What does that mean for you?
3 Will tracker mortgage be at risk if Ulster Bank closes?
4 Dublin Aerospace takes over Flybe’s aircraft servicing base at Exeter Airport
5 Irish golf tourism faces ‘wipeout’ unless Covid travel restrictions eased
6 Irishwoman Adrienne Gormley joins N26 as chief operating officer
7 Three Ireland switches on 5G network around the country
8 Swedish newspaper eyes best financial result this century
9 Me & My Money: ‘Money can’t buy you happiness but it can make life a lot easier’
10 Is mortgage arrears tsunami warning likely to be wrong?
Real news has value SUBSCRIBE