State agency backed 200 early-stage companies last year with about 1,500 in its portfolio 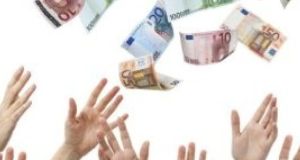 Enterprise Ireland invested €72 million in companies in 2018, the last year for which figures are available

The body backed 200 early-stage companies in 2019, according to figures compiled by Pitchbook. This puts it in second spot in terms of deal count, behind San Francisco-based500 Startups, which topped the list with 285 transactions.

Enterprise Ireland is rated the most active investor for deals in Europe and second for exits, the data shows. It has about 1,500 companies in its portfolio and invested €72 million in companies in 2018, the last year for which figures are available.

The State body was ranked the fourth most active investor globally at angel and seed stage in 2019 with 75 deals. It was also ranked fourth for early-stage investments with 84 transactions, and came in seventh for late-stage deals with 41 investments.

A breakdown in terms of types of deals shows Enterprise Ireland was the most active investor in commercial services. It also ranked third for media, and healthcare devices and supplies, and fifth for software deals.

“We are delighted to be ranked second globally by Pitchbook and to take our place among the top VC investors worldwide. It is a testament to the important role that Enterprise Ireland investments play in supporting the development of our client companies,” said Leo McAdams, head of investment services.

SOSV, a VC that was originally founded in Cork as a personal investment fund for tech veteran and former Dragons’ Den star Sean O’Sullivan, was ranked as the sixth most active investor globally by deal count last year with 163 transactions. It also took sixth place in the list of early stage company backers with 53 investments.

The VC, which still has a base in Cork, recently closed its largest fund to date.

The $277 million oversubscribed SOSVI fund will be used to invest in about 150 new start-ups a year through SOSV’s various accelerator programmes, which cover areas such as hardware, software biology, food, robotics, medical devices, transportation and green energy

PitchBook is a VC and private equity investment platform that is regularly used by industry professionals to access information on start-ups.