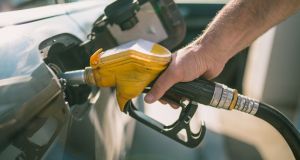 The Bord Gáis Energy Index is now 16 per cent above the same period in 2018 and although the monthly increase was significant, over the last three month period prices have fallen 10 per cent.

Wholesale energy prices rose 9 per cent in January compared to the previous month with sanctions in Venezuela contributing to a significant rise in oil prices as the month progressed.

The Bord Gáis Energy Index is now 16 per cent above the same period in 2018 and although the monthly increase was significant, over the last three month period prices have fallen 10 per cent.

Oil prices were the biggest driver with brent crude up 15 per cent in euro terms on account of the political crisis in Venezuela.

David Grainger, an energy trader with Bord Gáis Energy, noted that high levels of gas storage and liquefied natural gas deliveries across Europe “helped to meet the elevated demand in January, but this has also contributed to a bearish sentiment in terms of prices”.

Gas prices actually fell in January, despite being 16 per cent up on the year, due to strong flows from the UK and Norway and heightened storage levels.

Coal prices, meanwhile, fell by 9 per cent compared to December and 4 per cent year on year. Mild weather and high inventory levels were said to weigh on demand from China, the largest market for coal. The plunge in coal prices came despite demand in Europe being stronger in January helped by cooler weather and lower wind speeds which reduced the output from wind power generation.