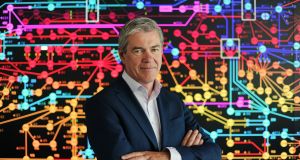 A new wholesale electricity market that it is hoped could cut Irish energy bills by up to €200 million a year began operating on Monday.

Utility regulators and grid operators north and south of the Border have been working on a shake-up of the all-Ireland electricity market designed to align it with the EU since last year.

The new integrated single electricity market officially “went live” on Monday with suppliers trading electricity on the new system, which is meant to favour the cheaper and more efficient generators and open Ireland up to imported power from Europe.

Eirgrid, the State-owned national grid operator, has estimated that the new integrated market could cut €200 million off electricity bills.

The market in Ireland operates under new rules that bring it into line with the EU electricity market, to which it is tied via interconnectors with the UK. This should allow cheaper electricity from Europe on to the Irish system bringing down prices.

There are further plans to connect Ireland with Europe through power lines running from the south coast to France, allowing electricity to flow between the continent and this country.

Liam Faulkner, chief operating officer with independent energy supplier Naturgy – formerly called Vayu – said that there were indications that the wholesale price of electricity had dropped since the new market began functioning.

According to Mr Faulkner, the “day-ahead price” at which electricity can be bought the following day, had come down.

However, he cautioned it was far too early to say how the new market would work and what impact it could have on consumers’and businesses’ electricity bills.

“Broadly what it means for Ireland and for customers is that the Irish energy market is coupled with other European markets from the point of view of price setting, balancing energy flows between markets to bring down prices,” he said.

The new rules cut fixed payments given to generators for keeping electricity plants on standby, a move that should also lead to savings for consumers.

Software problems delayed the launch, which was originally set to go live on May 23rd.

Welcoming Monday’s launch, Bill Emery, chairman of the single electricity market committee, the decision-making body that oversees the new system, said it was the start of more competitive electricity trading.

Jenny Pyper, chief executive of the Northern Ireland Utility Regulator, said the integrated market was a big step forward for the energy market on the island.

Paul McGowan, chairman of the Republic’s Commission for the Regulation of Utilities, said the new system would boost security of energy supplies and increase competition by giving Ireland access to a bigger market.