“We will compete on price,” vows executive 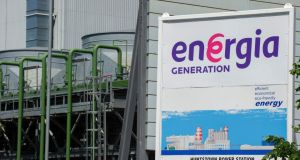 Viridian subsidiary Energia will launch a domestic service in the Republic offering lower electricity and natural gas prices to householders.

Energy group Viridian plans to enter the Republic’s domestic market in the autumn, raising the prospect of increased competition and lower electricity and gas prices for consumers.

Viridian subsidiary, Energia, owns two gas-fired power plants in north Dublin and supplies electricity and natural gas to businesses in the Republic but it has, until now, stayed out of the domestic market, where Bord Gáis, ESB and Airtricity all compete.

Viridian chief executive Ian Thom, in an interview with The Irish Times, confirmed today that Energia will launch a domestic service. He indicated that it would offer lower electricity and natural gas prices to householders.

“We will want to be competitive against the market. You have got be price competitive, otherwise you won’t get off first base. People are very value-conscious because of all the other demands that are made on their budgets,” he said.

Fourth player
The move will add a fourth player to the market, and a second, along with Airtricity, outside State ownership.

The company shied away from entering the domestic market when it was first deregulated – at the time when both Bord Gáis and Airtricity were gearing up to compete with the ESB. Mr Thom said the group believes the market has now settled down.

Viridian’s other subsidiary, Power NI, supplies 650,000 households in Northern Ireland, about 80 per cent of the market.

“We’ve reflected on this over quite a period of time; we’ve got very good credentials in the domestic market,” Mr Thom said.

Energia will be recruiting new staff to support the development, including 100 sales agents who will take part in a door-to-door campaign to sign customers up the service.

Prepaid meters
One development the group would like to see is general access to prepaid meters that allow householders to switch supplier. Those currently available limit customers to whatever company fits them.

Mr Thom believes such meters have played an important role in controlling energy bill arrears and bad debts in Northern, and said the group has discussed this with the Government and the Commission for Energy regulation.

Viridian has been named as one of a number of possible suitors for Bord Gáis Energy, which will be one of its rivals in the Republic’s domestic market and is for sale with a possible €1 billion price tag.

Mr Thom confirmed that the group regards the Bord Gáis business as a “compelling strategic proposition” but did not comment beyond that on its interest in the division.

Lighting the way into the Republic’s energy market: page 4

1 In six months we will be in the grip of a 1980s-style recession
2 Donohoe warns of cost to State of pandemic measures as public finances deteriorate
3 Chartered Land gets green light for Dublin’s tallest tower on Parkgate Street
4 Avoca wins battle with Monkstown locals over cafe operation
5 Property price drop of up to 12% this year a ‘reasonable’ assumption – McDonagh
6 Angela Merkel sweeps in to save the euro zone
7 Aer Lingus wants quarantine period axed to resume flights in July
8 Should my mam wait for house prices to drop before buying?
9 Google facing $5bn lawsuit for tracking in ‘private’ mode
10 Unemployment rate remains at near record 26.1% in May
Real news has value SUBSCRIBE