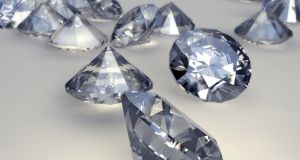 Local reports said the mine will implement an enhanced testing regime for workers. Photograph: iStock

The Canadian diamond mine backed by Dermot Desmond is “ramping up” preparations this weekend to resume production after it was shut down three weeks ago due to a Covid-19 outbreak among workers.

The Gahcho Kué mine in the Canadian Arctic tundra, which is 49 per cent owned by Desmond-backed Mountain Province Diamonds (MPD), ceased operations on February 6th after workers began falling ill with the virus.

According to multiple local reports, at least 19 workers have tested positive for Covid-19 at the site, which is accessible only by air and is located in the northwest territories, about 280km (174 miles) northeast of Yellowknife. About 11 of the workers are said to have recovered, while three have been hospitalised.

One of the more seriously ill workers was airlifted to hospital in the city of Edmonton. The Covid-19 outbreak resulted in about 100 of the mine’s workers being forced to self-isolate in Yellowknife.

MPD, in which Mr Desmond has a stake of almost a third, released a stock-exchange announcement on Friday to say industrial hygienists had moved on-site to deep clean the mine. Production crews were also being brought back to “begin the build-up to production over the weekend”.

The company did not specify a date for the resumption of production. Local reports said the mine would implement an enhanced testing regime for workers.

“The return of our employees to site is a positive step for Gahcho Kué as we continue our safe ramp-up to steady-state operations,” said Stuart Brown, MPD’s chief executive. “Plans to mitigate the loss of production are being assessed.”

Gahcho Kué is operated by MPD’s partner, South African gems giant De Beers. MPD receives an allocation of diamonds from the mine, which it then sells to wholesalers.

The mine and MPD have been badly hit by the pandemic. MPD recently announced full-year results that showed its diamond sales were down almost 18 per cent to $208.2 million (€172.2 million) in 2020. This included $100 million worth of diamonds bought by Mr Desmond to help the company’s finances.

Jonathan Comerford, who works for Mr Desmond in Dublin, is MPD’s chairman, while Brett Desmond is a director.