Chairman of Petroneft to retire

David Golder will be replaced by Alastair McBain, who joined the company in January 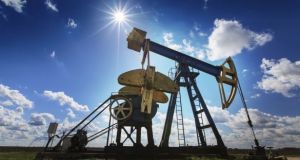 There is change at the top of oil and gas explorer Petroneft.

Petroneft, the Irish oil and gas explorer, said on Monday that its chairman, David Golder, is to retire from the board with immediate effect.

Mr Golder will be replaced by Alastair McBain, who joined the board on January 29th 2021, as non-executive chairman of the company.

In a statement, Mr Golder said that he had been “ contemplating retirement for a while but wanted to wait until the right time”.

“Alastair’s appointment to the board allowed me to take the decision. His skill sets including his experience in growing Arawak into valuable E&P company in the same region, culminating in a highly successful monetisation of the company’s producing assets, will be a tremendous asset to PetroNeft as they seek to execute the strategy of building shareholder value through growth in production and cashflow,” he said.

Mr McBain has spent 37 years working in the international oil and gas industry, including 17 years at Royal Dutch Shell, in numerous senior international commercial positions, and later as chief executive of Arawak Energy.

Last week Petroneft, which operates in the Tomsk Oblast in the Russian Federation, said it had agreed a new $2.9 million (€2.4 million) convertible loan facility that will give it greater security as the company focuses on development and operations. The company is in the process of acquiring an additional 40 per cent interest in a Russian gas well.