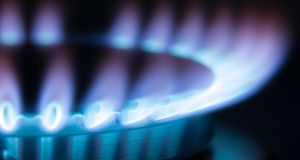 “The issue of Irish security of supply is going to be extremely important during [Brexit] negotiations,” said Thierry Bros, in the Oxford Institute for Energy Studies report.

Ireland, which receives all its gas imports through the UK, faces the risk of supply disruption and higher energy prices than Europe post-Brexit, according to a study from leading independent energy institute.

The Oxford Institute for Energy Studies report says Ireland would effectively be cut off from Continental Europe’s gas market when the UK leaves the EU.

“The issue of Irish security of supply is going to be extremely important during [Brexit] negotiations,” said Thierry Bros, a senior research fellow with the institute, said in the report.

The EU may seek to penalise the UK by adding fees or taxes when gas is exported to Britain, with little risk of retaliation as the latter will be an energy importer. However, the UK may have leverage in the talks in seeking to preserve the status quo by arguing it would be the cheapest way to provide security of supply to Irish customers.

While the Corrib gas field, where natural gas began flowing in December 2015, has potential to meet up to 60 per cent of Ireland’s needs in the near term, production rates are expected to decline after five years.

The Republic, which imported about 96 per cent of its gas before Corrib went into production via subway pipelines from Scotland, only has storage capacity for 5.2 per cent of annual gas demand. It may need to build a dedicated terminal to import liquefied natural gas (LNG) and convert it back into gas, according to the report.

A spokesman for Gas Networks Ireland said: “Whilst there is continuing uncertainty regarding the future outcome of negotiations on Brexit, there is no indication that it will lead to any diminution of energy security for the Island of Ireland.

“Gas Networks Ireland is working with senior stakeholders in Ireland, the UK and Brussels to ensure that that the post-Brexit outcome is a secure one for energy consumers across the island of Ireland,” he said.

Meanwhile, Irish and UK gas customers face paying a premium, especially in winter, after Brexit as prices on London’s gas trading market, the National Balancing Point (NBP), are likely to be higher than those on the main European market, the Title Transfer Facility (TTF), in the Netherlands, says the report.

European gas wholesale prices fell by an average of 19.2 per cent last year, according to a report published by Vayu Energy earlier this month. It said that there is a “high risk of a price spike” this year as demand is expected to rise 6 per cent this year, while any prolonged cold snap could hit already historically low levels of gas stocks in northwestern Europe.

“The UK’s interest in keeping integrated energy markets is obvious, as it will limit the NBP from de-coupling too much from the TTF,” said Mr Bros. “On the other hand, why would the EU provide a level playing field to the UK when it is not part of the same club any longer?”

One option to mitigate supply issues would be for Russian state-owned gas giant Gazprom to reroute its controversial planned so-called Nord Stream 2 pipeline under the Baltic Sea to Germany and channel gas straight to the UK.

“This would allow both Russia and the UK to strike a deal which would give security of demand and security of supply,” the report said.

It is possible, however, that such an accord may prove problematic politically in the UK.

8 Eir decides against passing on VAT reduction to customers

9 Finding the right formula for growth