Bord Gáis Energy profits up 53% as revenues rise to £781m 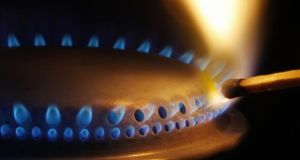 Gross segment revenue, which represents turnover generated from the sales of energy supply products and services, rose to £781 million from £733 million.

The group said a £1 million impairment of application software was recognised in the Ireland business during the reporting year.

Centrica bought Bord Gáis Energy from the Government for €1.1 billion in 2014.

Centrica, Britain’s largest energy supplier, returned to profit growth in 2016 as it benefited from volatile energy prices and colder weather, and flagged the possibility of a dividend rise after two years of shareholder payout cuts.

The utility said debt levels were expected to fall to between £2.5 billion and £3 billion by the end of 2017, a range it said would allow it to raise its dividend payments.

Centrica reduced its annual payout in 2015 after its core business was hit by weak energy prices and lowered it again last year.

1 Google tells workers to return to country where they are employed
2 Sean Quinn stunned at rebranding of Quinn Industrial Holdings
3 Probate is changing: What does that mean for you?
4 Will tracker mortgage be at risk if Ulster Bank closes?
5 Whistleblower warned EY of Wirecard fraud four years before collapse
6 Three Ireland switches on 5G network around the country
7 Seán Quinn on rebrand, Irish golf tourism wipeout, and probate changes
8 Cliff Taylor: Jobs crisis set to be lingering legacy of Covid-19
9 Subway bread too sweet for zero rating on VAT
10 Me & My Money: ‘Money can’t buy you happiness but it can make life a lot easier’
Real news has value SUBSCRIBE