Wages are finally on the rise, but who are the big winners?

The Smart Money: Irish wage growth is storming ahead - but issues remain 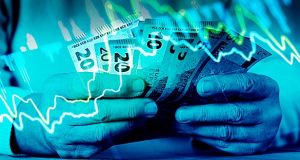 Average weekly earnings were €761.65 in the fourth quarter of last year

Irish wage growth is storming ahead. By any standards – historical, relative to the rest of Europe or compared to the general rise in prices – wage growth of 4.1 per cent in the last year is a good result. The rapid rise in jobs seen since 2013 has translated, over the past few years in particular, into higher wages. Weekly earnings have risen by close to 10 per cent over the past five years, a period during which there has been almost no generalised rise in prices. With total employment rising by more than 300,000 over the same period, the bounceback from the trauma of the crisis has been remarkable.

There are significant differences from sector to sector, looking either at the last year or the long-term trend over the past decade. Most sectors have risen over the past few years, but for some this follows sharp falls during the crisis. Others never took much of a hit – but are now rising strongly. The bottom line is that if you want to make money, work in tech.

1 Can I eat, drink, hug? How to visit a person’s house safely from June 8th
2 Why you still can’t have a European holiday this summer. Or can you?
3 Former Kilkenny hurler dies after bike struck by tractor
4 How an exercise programme facilitated the spread of coronavirus
5 Kenneth Branagh: ‘It’s a challenge, Irishness in cinema’
6 Teenager assaulted in Co Cork stabbing
7 One of most powerful images of War of Independence
8 David McWilliams: We won't have another 1980s-style recession
9 Tens of thousands march in US cities to protest against racial injustice
10 NCT and driver theory test centres to reopen from Monday
11 Fintan O’Toole: The violence of racism is deeply embedded in American society
12 Oliver Callan: ‘I was a perfect candidate for exploitation’
13 Juggling a newborn, a toddler and a daughter with special needs in lockdown
14 My boyfriend of over a year hasn’t introduced me to his family. Should I keep waiting?
15 Protesters gather outside US embassy in Dublin over George Floyd death
16 Australian surfer killed in shark attack
17 More than 160 scientists funded by Zuckerberg call for Facebook action on Trump
18 Green Party’s Catherine Martin confirms she will stand against Eamon Ryan
19 Chocolate caramel flapjacks: a no-holds-barred decadent treat
20 Donald Trump’s political success is based on racism
21 Rosita Boland: The ache for distant places remains
22 Born in lockdown: The babies of the Covid-19 pandemic
23 Pubs reopening will not mean ‘fellas having a few pints and peanuts’, Holohan warns
24 Nine more deaths from Covid-19 recorded in Ireland along with 24 new cases
25 We need to pay very close attention to what is happening in Britain now
26 Ross O’Carroll-Kelly: ‘We’re having a fancy dress porty. I’m going as the wife of a philanderer’
27 Aer Lingus confirms job cuts due to ‘decimation in demand’
28 Conor McGregor announces his latest UFC retirement on Twitter
29 Unlocking Ireland: What exactly will happen in reconfigured phase two on Monday?
30 America is not broken, it was built this way
31 State pension age deadlock in Government formation talks
32 Coronavirus: Brazil takes down Covid-19 data as death toll rises
33 Irish parents on schools reopening abroad: ‘It has gone suprisingly smoothly’
34 Jimmy Gralton, the only Irishman ever deported from Ireland
35 ‘White Irish people have never had to think about this’
36 Crosaire No 17283 by Crossheir – Saturday, June 6th, 2020
37 Coronavirus: People to be allowed to travel anywhere in their county from Monday
38 Two officers charged with assaulting protester (75) in Buffalo
39 Clubs play practice matches ahead of Premier League return
40 Passengers face queuing in car parks at Dublin Airport
Real news has value SUBSCRIBE