The three big trends which will affect your finances this year 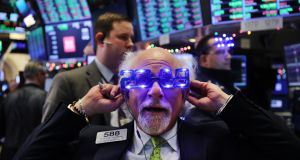 Time to look ahead to 2019, even if you don’t want to. Photograph: Getty 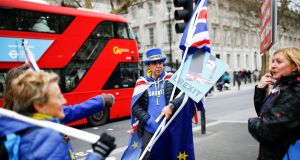 Will a way be found to avoid a hard Brexit? Photograph: Reuters 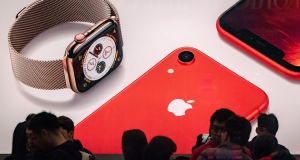 Economic forecasting is a dangerous game at the best of times. But 2019 brings a particularly high level of uncertainty. There is Brexit. The possibility – now looking less likely – of higher mortgage rates. And fears over the world economy which are sending stockmarkets tanking. Here are the three key questions for the year, the vital signs to watch – and what they will mean for you.

1. Will there be a Brexit transition period? Or could a ‘no-deal’ actually be allowed to happen?

There was a merciful break in the Brexit news over Christmas, but it is going to be back in full force shortly. If there is one key Brexit thing to watch for 2019, it is whether the transition period comes into force when the UK leaves at the end of March. This is effectively a standstill which would mean not much would change for exports, jobs and the economy until the end of 2020 at least, and possibly until the end of 2022 if an extension were to be agreed. It would remove a huge cloud over the economy for this year.

1 Late Late Toy Show duet with musical hero ‘absolutely mad’ says delighted teen
2 Ireland’s teenage pariahs: ‘We are really at breaking point now’
3 Michael J Fox: ‘In the wheelchair, I’m luggage. No one listens to luggage’
4 Waterford turn Kilkenny upside down and inside out
5 Basic income for all: Has the Covid crisis given us a new economic model?
6 Tom Barry showed great military expertise, says historian
7 Late Late Toy Show: Music, tears, Tubridy’s F-bomb and €5m for charity. What a night!
8 Coronavirus: 243 more cases, seven further deaths reported in the State
9 Ireland’s work-ons: Four things Andy Farrell needs to address
10 'It just doesn’t feel safe': The restaurants that will not reopen in 2020
11 Ireland in precarious position as third Covid-19 wave could be more deadly, Nphet warns
12 Jim McGuinness: There is a way to save championship and make it competitive
13 Sordid murder of hurling brothers still resonates in south Galway
14 How Ireland's judges are made: a glimpse inside a closed system
15 Helena Bonham Carter: ‘People choose to sleep with powerful people. I got two children out of it’
16 Shot, bayoneted and clubbed: the ruthless lengths the IRA went to at Kilmichael
17 400 – yes, 400! – Irish retailers for all your online Christmas shopping
18 More than €6 million raised during RTÉ Late Late Toy Show
19 David McWilliams: We need to reinvent our empty city car parks
20 Hotels, retail, hairdressers, churches, gyms to open next Tuesday
21 Viggo Mortensen: It ‘felt awkward’ replacing Stuart Townsend in Lord of the Rings
22 Aoife Noonan’s How to be a Better Baker Part 5: Fruity tea loaf
23 Will Europe shut down its ski resorts this winter?
24 One man dies, five injured after partial building collapse in Tralee
25 Fintan O’Toole: To counter vaccine sceptics, we must understand them
26 Astronaut Chris Hadfield offers to ‘talk space’ with Adam from the Toy Show
27 Miriam Lord: Helen McEntee holds up well for someone with barely a leg to stand on
28 Best books for Christmas 2020: Fiction, biography, sport and kids’ books
29 Married to Gene Kelly: 'He didn't seem that old to me'
30 Conor Gallagher gets West Brom off the mark as Blades blunted yet again
31 Firearms and €100,000 worth of drugs seized by gardaí in Dublin
32 Brexit: UK seeks to strip EU fishermen of 80% of fish caught in British waters
33 Has Mike Tyson completed the least likely redemption story in American sport?
34 Ex-barrister Patrick Russell conned people out of more than €12m, gardaí say
35 Waterford’s frenzied waves of attacks too much for Kilkenny
36 Who ‘clocked’ Patrick Nugent? A family still searches for answers
37 Older men’s fixation with younger women really boils my kidneys
38 Thirty-nine Irish toyshops for your online Christmas shopping
39 Only way is up for Stripe as valuation skyrockets
40 My pet and me: ‘They just make everything better’
Real news has value SUBSCRIBE