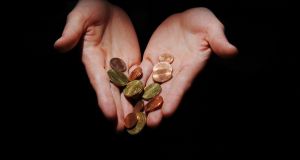 Ireland’s regional income disparity is much lower than in larger countries such as Germany, the UK and Italy. Photograph: Getty Images

Successful developed countries are founded on solidarity between rich and poor, and a key manifestation of this is the social safety net to protect those who are least fortunate.

Solidarity is also vital across regions within a country. Because within many countries there are significant regional differences in output per head, transfers of resources from rich to poor regions are needed.

Internal stresses can arise when transfers of resources from richer to poorer regions are a permanent feature. In the long term, as is the policy in the EU, it is better to try to bring about convergence in output and incomes rather than relying on transfers to promote a more even distribution of regional income.

Between 1973 and 2000, Ireland benefited very significantly from EU structural funds. The EU transfers that Ireland received played a significant role in raising Irish living standards. As with all EU structural funds, they were targeted at increasing output in Ireland and they were not meant to be a permanent income supplement.

The success of this EU “investment”, combined with a range of other factors, means Ireland today is one of the “rich” countries and, as a result, a net contributor to the EU budget. In turn, Ireland’s contribution to the EU budget helps fund a continuing programme of structural fund investment in the poorer member states.

The CSO has recently published figures for Ireland, which show regional differences in income and output, and also the extent to which transfers are made from richer to poorer regions.

Much of this change is due to the activities of multinationals, which make output, as measured in the national accounts, a poor indicator of productivity.

However, what matters to individual households is their disposable income, after taxes and transfers. Disposable income per head today in the BMW region is just over 10 per cent below the rest of the State, lower than the gap in primary income. This is approximately the same gap as in the early 2000s.

Ireland’s regional income disparity is much lower than in larger countries such as Germany, the UK and Italy. In Germany today, the gap in disposable income between the former east and the rest of the country is 15 per cent; in Italy the gap between rich and poor regions is about 25 per cent.

The difference between what people earn and their disposable income is made up by taxes and welfare payments. The CSO data shows that, while welfare payments per head in the BMW region are 7 per cent higher than in the rest of the State, just as they were in 2000, the major factor behind the transfer of resources needed to prevent the regional gap in income increasing has been the more rapid rise in the tax paid per person in the rest of the State relative to the BMW region. This increase in tax rates was a consequence of the economic crisis.

While income transfers between regions are significant, there are other important channels whereby richer regions support weaker regions.

Generally speaking, public services cost more to provide in the lower-density BMW region than in the more urbanised east and south. Unlike in the US, where education is predominantly funded at local level, and reflects regional income disparities, in Ireland public services like education and health are a national responsibility.

A range of important services, such as electricity and phones, are provided at similar cost for consumers across the State, in spite of higher costs of provision in poorer, more rural regions.

Regional solidarity is an essential element of national cohesiveness. When such solidarity breaks down, as is becoming apparent in the UK and Spain, the effects can be corrosive.