Home and export sales both drop as monthly prices decrease by 0.9% 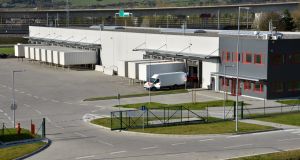 The price of goods leaving factories in June 2017 dropped by 0.9 per cent compared to the previous month.

Figures from the Central Statistics Office (CSO) show decreases across the board for both home and export sales which dropped by 1.1 per cent and 0.9 per cent respectively.

Computer, electronic and optical products took the biggest hit with factory gate prices dropping by 1.1 per cent. Pulp and paper products were the biggest monthly gainers, increasing in price by 2.2 per cent.

In terms of building and construction, prices rose by 3.4 per cent in the year to June 2017 while energy prices in the same period decreased by 7 per cent. Petroleum fuels however, increased by 2.1 per cent.